Crews are responding to a brush fire that broke out in Thousand Oaks Thursday night.

THOUSAND OAKS, Calif. - Crews continued to extinguish hot spots of the Erbes Fire overnight and into Friday morning after the blaze burned an estimated 250 acres in the Thousand Oaks area.

As of Friday evening, the fire is 100% contained.

According to the Ventura County Fire Department, the brush fire erupted around 5 p.m. Thursday near Sunset Hills Boulevard. 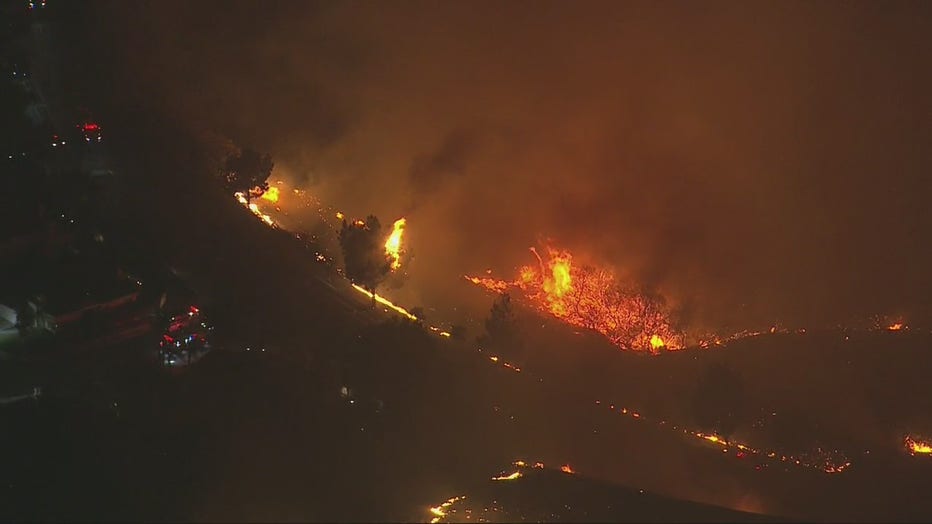 An evacuation order was issued for the following areas before being lifted just before 8:45 p.m. Thursday PT:

Officials did not say what caused the fire.

Just hours before the brush fire broke out, Red Flag Warnings were issued for Los Angeles and Ventura counties due to strong winds in those areas.