Sen. Joe Manchin said the new measure "would dedicate hundreds of billions of dollars to deficit reduction by adopting a tax policy that protects small businesses and working-class Americans while ensuring that large corporations and the ultra-wealthy pay their fair share in taxes."

DETROIT - The surprise deal by Senate Democrats on a slimmed-down bill to support families, boost infrastructure and fight climate change also is likely to jump-start sales of electric vehicles.

The measure agreed to by Senate Majority Leader Chuck Schumer and holdout Sen. Joe Manchin of West Virginia would give EV buyers a $7,500 tax credit starting next year, through the end of 2032. There’s also a new $4,000 credit for those buying used EVs, a move to help the middle class go electric.

But as things often go in Washington, there are a bunch of strings and asterisks.

RELATED: What's in, and out, of Democrats' climate, health care and inflation bill

To be eligible, the electric vehicle has to be assembled in North America, and there are limits on annual income for buyers. There also are caps on the sticker prices of new EVs — $80,000 for pickups, SUVs and vans, and $55,000 for other vehicles — and a $25,000 limit on the price of used electric vehicles.

Still, even with the restrictions, the credits should help stimulate electric vehicle sales, which already are rising as automakers introduce more models in different sizes and price ranges, said Jessica Caldwell, an analyst for Edmunds.com.

"The tax credits for electric vehicles in the bill will benefit consumers and cut costs for low- and middle-income families," the Sierra Club said of the measure, which still must be approved by both chambers. "We're hoping for swift adoption." 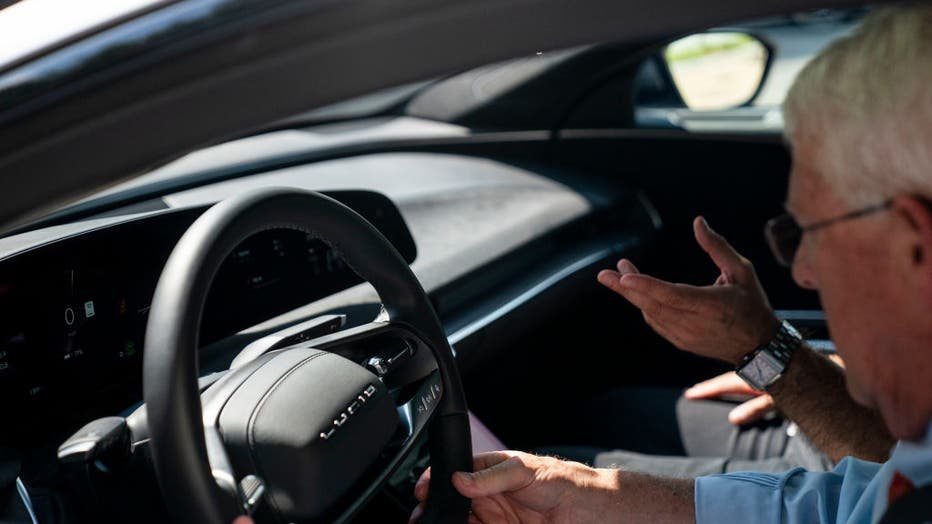 FILE - Sen. Roger Wicker (R-MS) ranking member on the Senate Committee on Commerce, Science and Transportation, gets in to take a test drive of a Lucid Motors electric car parked outside the Dirksen Senate Office Building on Capitol Hill on Wednesday

At present, many new EVs, including two of sales leader Tesla’s four models, wouldn’t be eligible for the credits because they're priced higher than the bill's limits, Caldwell said. But the number of eligible vehicles will grow as automakers roll out more mainstream EVs during the next few years, she said.

"I would imagine that these price brackets will become a lot more realistic in the coming years when you probably have more vehicles that fall within these parameters," Caldwell said. 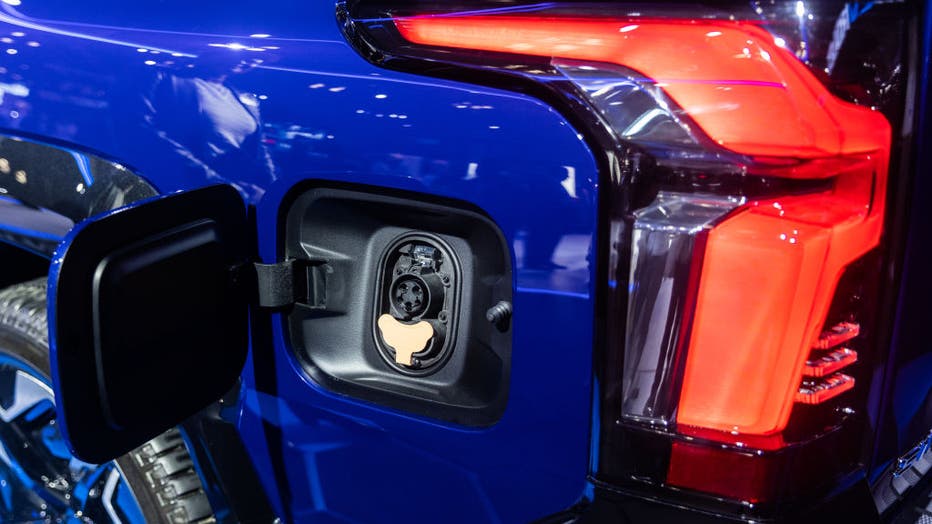 Several automakers, including Ford and Hyundai, already have them in the $40,000s, and General Motors next year plans to start selling a small Chevrolet SUV for about $30,000 with about 300 miles of range per charge.

Also, there aren’t many used EVs priced under $25,000 yet, and those that are mainly are older, with lower ranges per charge, Caldwell said, noting that a 5-year-old Chevrolet Bolt small electric car — one of the lowest-priced EVs on the road — is likely to cost more than $25,000.

"It seems like that is something that should potentially be revisited for it to make more sense given today’s market," she said.

RELATED: American cars? You might not know these models are made in the USA

To get the credit, buyers of new EVs can’t have modified adjusted gross incomes of more than $300,000 per year if filing joint tax returns, $225,000 for a head of household, and $150,000 for all taxpayers not in the first two categories.

The bill also removes caps on the number of tax credits each manufacturer can offer. General Motors, Tesla and Toyota all have exceeded the cap and can’t offer any credits now under a previous measure. But other manufacturers still offer them.

Also, more than half the value of battery components have to be manufactured or assembled in North America to get the full credit. And at least 40% of the minerals used in batteries must come from either the U.S. or a country with which it has a free trade agreement. Those percentages increase gradually over the years, and minerals recycled from used batteries in North America also qualify.

Credits would also go to buyers of hydrogen fuel cell and plug-in hybrid vehicles. Plug-ins can travel on electric power alone for several miles before the gas-electric hybrid powertrain kicks in.

The EV tax credits are much smaller than several Democratic legislators from automaking states had proposed earlier. Gone are extra credits for EVs made in the U.S. by union workers.