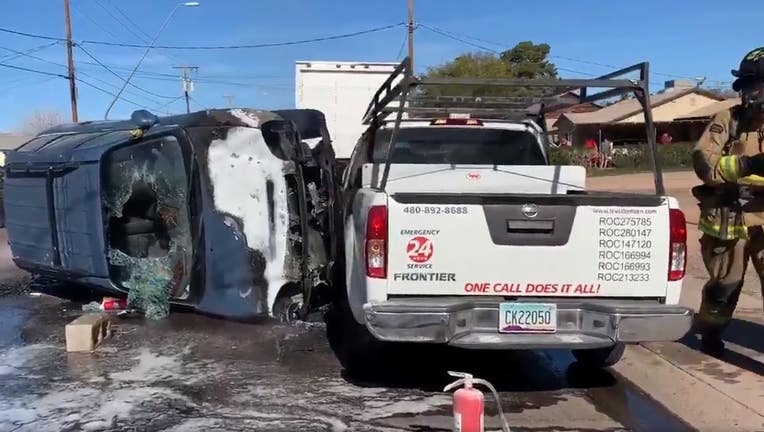 MESA, Ariz. - The Mesa Fire Department says one person was hurt after being pulled from a burning car following a crash near Pasadena and 6th Avenue.

Mesa Fire says one person was pulled from a vehicle that caught fire on impact after reportedly rolling over. That person was taken to the hospital in stable condition. There was one other vehicle involved.

Mesa Police believes alcohol played a factor in the crash.