According to the Phoenix Fire Department, the crash happened on Nov. 12 at the intersection of Central Avenue and Dobbins Road.

After arriving at the scene, crews discovered a van and semi-truck had crashed at the intersection.

Three people -- a "pediatric patient," a 19-year-old woman, and a 40-year-old man -- were hospitalized with serious injuries. A fourth person refused hospital transport.

Phoenix police say the intersection is shut down in all directions. 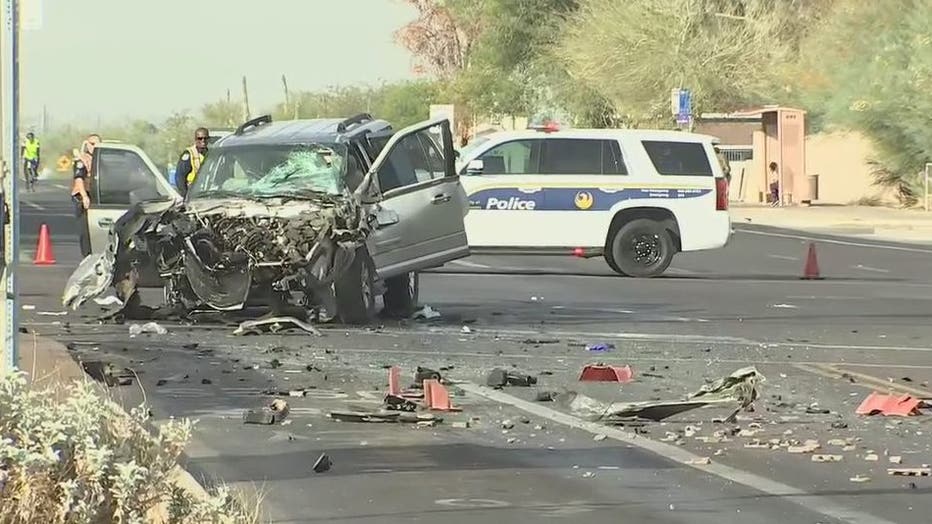