CHANDLER, Ariz. - A man has been arrested after Chandler officers discovered fentanyl, methamphetamine and Xanax in his vehicle during a traffic stop.

Police pulled Brooks Corbin over near Arizona Avenue and Riggs Road on Aug. 8 after they noticed that the car had a fake license plate.

A search revealed more than 800 fentanyl pills, 11 grams of meth and 57 bars of Xanax, officials said. 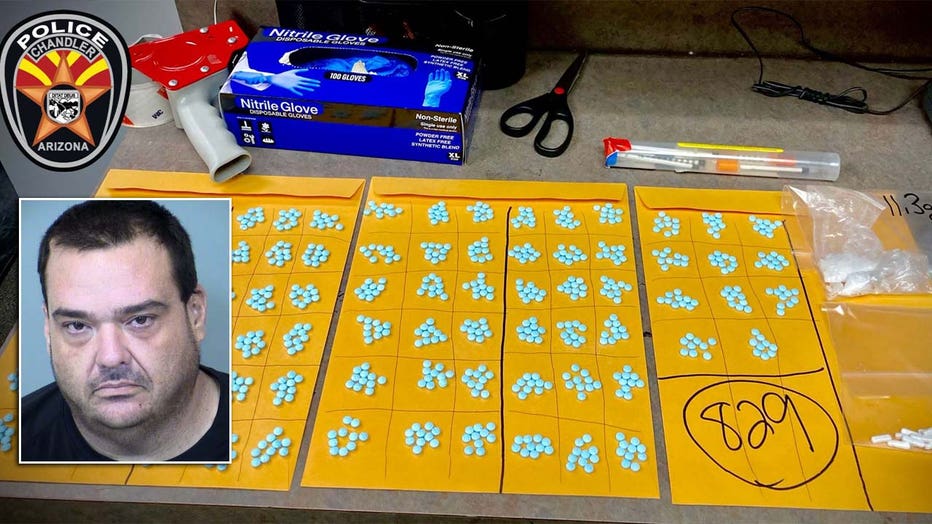 Brooks Corbin is accused of driving a vehicle that had fentanyl, Xanax and meth inside. (Chandler PD)