GLENDALE, Ariz. - It was a situation that could have ended in tragedy, two men trapped inside an apartment building that was on fire, but thanks to a couple of quick-thinking first responders, they were able to make it out alive.

A rookie Glendale Police officer and a Glendale firefighter teamed up to rescue two people from a second-story unit.

Officer Ty Nowatski's body camera was recording as he arrived, the first one on the scene.

Residents on the ground pointed up to where two people were trapped just as firefighters pulled up.

Firefighter Kyle Knight didn't say a word, just grabbed a ladder and positioned it under the second-story window.

"They were in a back bedroom, they would've had possibly a few more minutes to get somebody's attention or possibly jump out the windows to save themselves," said Kyle Knight, Glendale firefighter.

The trapped residents were able to climb down to safety. Then without skipping a beat, both the officer and firefighter took off to continue with their duties.

"We made a timely decision, again thank god the officer was there to help assist me, if not I would've probably been the one trying to help the people out the window and it would've delayed getting water on the fire and that's what our ultimate goal was is to get water on the fire as soon as possible," said Knight. 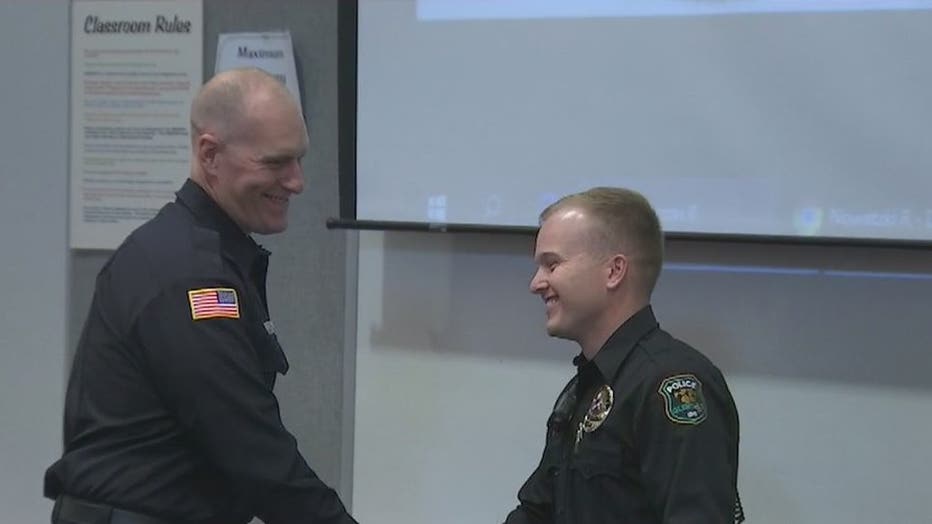 The cause of the fire, which left more than two dozen people homeless, is still under investigation.