As a Valley police department mourns the loss of one of their own, friends are remembering the life and legacy of officer Blake Newman. FOX 10's Matt Galka reports.

PHOENIX - A Valley police department is mourning the loss of one of their own.

According to Phoenix Police officials, 25-year-old Blake Newman was killed in a motorcycle crash in the West Valley. Newman was not on duty as a police officer when the crash happened.

Meanwhile, friends are remembering the officer's life and legacy Newman, who was also a Marine Corp officer.

"Man where to begin. He was one of my best friends," said Josh Dorsch, in a phone interview.

It's not hard to understand why Dorsch was at a loss for words. He found out Tuesday morning he lost Newman, who was one of his Marine Corps brothers. Dorsch and Newman met at boot camp in San Diego in 2013.

"He was selfless," said Dorsch. "He put everyone else before himself."

Police officials said Newman lost control of his motorcycle Monday night near State Farm Stadium. The 25-year-old Illinois native had just started with the department in June of 2018, after his time with the Marines.

"I was shocked, to say the least, I got a call this morning around 6 o'clock," said Dorsch. "My heart immediately sank because I kinda knew it was about Blake."

Another friend of Newman, Megan Woolridge, provided FOX 10 with pictures of Newman. They went to high school together in Illinois and lived in Arizona at the same time as well. 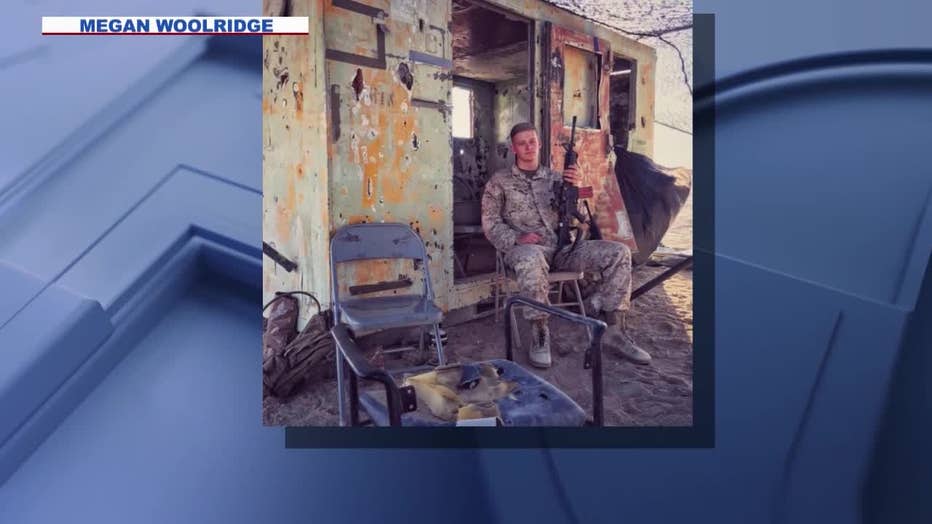 "He said, 'I gotta go.. I'm gonna go out on the bike,' and I said be safe. He said 'always,'" said Woolridge, in a phone interview. "That was the last conversation we ever had."

"Normally people want to make a donation of some sort," said PLEA President Britt London. "100% of whatever their donations will go to the family."