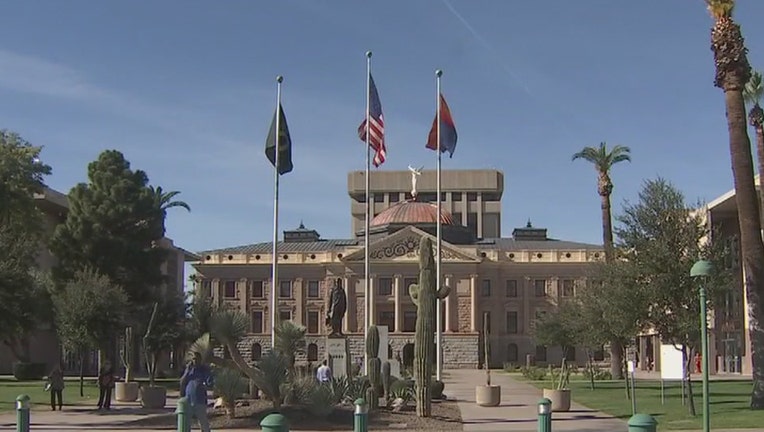 PHOENIX - Republicans who were worried about Democrats taking control of one or both chambers of the Arizona Legislature for the first time in nearly 30 years on Election Day were increasingly confident on Nov. 5 they may have fended off the efforts.

With a series of tight races still too early to call, the GOP leaders of the House and Senate both said it appears likely they will maintain control.

The Senate is currently split 17-13 for Republicans, and only one seat appears lost for them, although late vote counts could change that situation. In the House, now split 31-29 for the GOP, it appears to be a stalemate, with each party knocking off one seat and picking up another.

“We look like we’ll be OK with at least 16-14 and we’re holding out and still hoping for a 17-13 like we’ve had the past two years,” Senate President Karen Fann said. “It was nothing short of a miracle in some respects,” she said, noting that Democrats funded in part by national groups poured nearly $10 million into their effort.

Fann was reelected to lead Republicans in a caucus vote Wednesday, and she will remain Senate president if the vote counts hold. Democrats in both the House and Senate postponed their leadership elections until next week.

House Speaker Rusty Bowers beat back a challenge to his leadership post from Rep. Mark Finchem in a caucus meeting late Thursday afternoon. Before members met to choose their leaders, he said he expected to be victorious.

“I am confident that the people who have given their support to me will be there in sufficient numbers,” Bowers said. Finchem didn’t return messages seeking comment.

Bowers credited GOP efforts to turn out their voters to the apparent success in retaining hold of the House.

“The get-out-the-vote and the effort that came on game day, and having people come out in such numbers was truly impressive,” he said. “And if we hold our seat it’s because the voters want us to be here and want us to be responsible and helpful and thoughtful to voters.”

Democrats last won control of a legislative chamber in 1990, when they won the Senate. The parties shared power in the Senate following the 2000 election when the body was split evenly 15-15. Democrats have not controlled the Senate since 1992 and last had a majority in the state House in the mid-1960s.

Early on election night, Democrats were ahead in several contested House and Senate seats. But as more results trickled in since then, most threatened GOP members went back into the lead.

Democratic Sen. Martin Quezada said his party made inroads, pointing to the success of electing Mark Kelly over Republican U.S. Sen. Martha McSally and former Vice President Joe Biden’s lead over President Donald Trump. He said the party’s investment moved the state from red to purple, even if it the change didn’t reach all the way down the ballot.

“I think we were definitely hoping for a lot more — we’re seeing record turnout, record energy and people of color, young people, everyone coming out to vote,” Quezada said. “And I think we were really hoping that would come down to our level.”