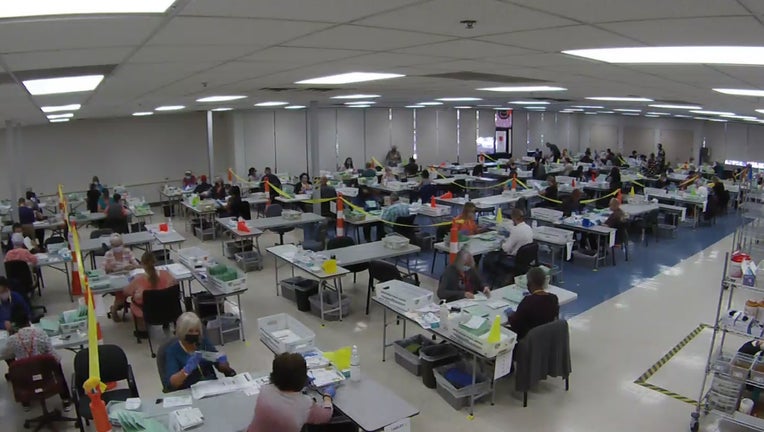 PHOENIX - As the early ballot tabulation continues, the Maricopa County Elections Department provides the public with access to the elections process by offering live video feeds.

The cameras are in their signature verification rooms, early ballot processing rooms, and ballot tabulation center.

Scroll down to watch the live video feeds from the signature verification rooms and early ballot processing. For cameras in the ballot tabulation center, head to https://recorder.maricopa.gov.

In Phoenix, at least two dozen President Trump supporters gathered outside city hall, chanting “Protect Our Vote.” The group said they planned to return to the tabulation center, where a nighttime rally decried a declaration by Fox News that Biden was the winner in Arizona.

“We’re not going to let this election be stolen. Period,” said Rep. Paul Gosar, an Arizona Republican and staunch Trump supporter, told the crowd on Nov. 4.

Observers from both major political parties were inside the election center as ballots were processed and counted, and the procedure was live-streamed online at all times.

“Everyone should want all the votes to be counted, whether they were mailed or cast in person,” said the statement issued by two top county officials — one a Democrat and the other a Republican. “An accurate vote takes time. ... This is evidence of democracy, not fraud.”