2021's graduating class is the biggest in the Christian university's history, and also includes an emotional moment for the family of a student who died in a car crash before he was set to take part in the ceremony. FOX 10's Desiree Fluellen reports.

PHOENIX - Grand Canyon University began to send off the biggest graduating class in its history on Monday.

While the past year has been challenging for college students, students at the Christian university in Phoenix have plenty of reasons to celebrate on April 19, as 28,000 students are set to graduate from the school.

Lower tuition has contributed to the university's success.

"Our goal was to reinvent the economic model of higher ed, and try to make higher education affordable to all socioeconomic classes of Americans," said GCU President Brian Mueller.

Bittersweet moments during the ceremony 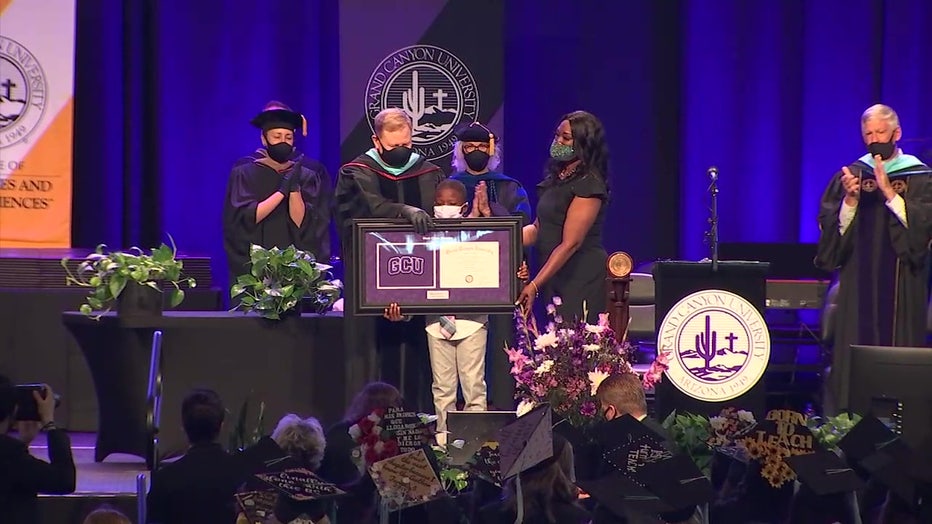 The mother and niece of late Grand Canyon University basketball player Oscar Frayer accepting a diploma on his behalf at GCU's commencement ceremony.

Monday's ceremony had its bittersweet moments, with the mother and nephew of late GCU basketball player Oscar Frayer accepting a diploma on his behalf.

Frayer was one of three people who died following a car crash in California on March 23. Frayer's sister, 28-year-old Andrea Moore, was also killed in the crash. 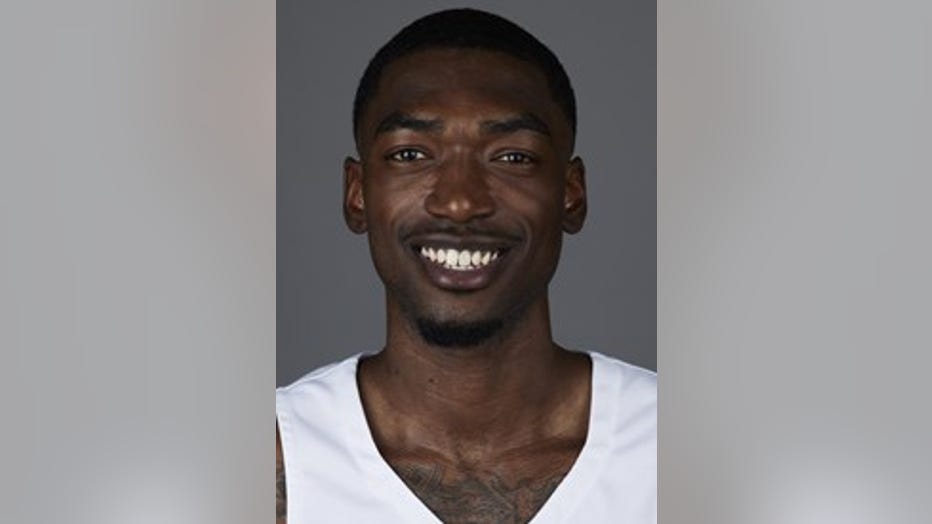 A celebration of life was held on March 30 to honor Frayer and other GCU students, faculty, and staff members who died during the school year.

"He's the first male on his mother's side to ever get a college degree. This will have a lasting effect," said GCU Men's Basketball Coach Bryce Drew.

There was a standing ovation as Frayer's family accepted the diploma.

"[Frayer's] life needs to be celebrated," said Drew. "There will be times that we will reflect, and it will be very sad, but for right now, it's a goal that he had, and he accomplished that goal."

The university is making sure Frayer's legacy lives on by giving his mother a gift: full-tuition scholarships for his nieces and nephews if they wish to attend.

"I'm hoping that that will give her some feeling, that some good is going to come out of this," said Mueller.

Commencement ceremonies will continue at 10 a.m. on April 20.