How to prepare for a hurricane

Here are some suggestions from the Federal Emergency Management Agency (FEMA), the Centers for Disease Control (CDC) and the National Oceanic and Atmospheric Administration (NOAA) on ways to weather the storm as safely as possible.

The 2022 Atlantic hurricane season is upon us, and with early outlooks predicting yet another active season, you might be wondering what names will be used for any tropical storms and hurricanes that develop in the months ahead.

The graphic below shows the complete list of names selected by a committee of the World Meteorological Organization for the 2022 Atlantic hurricane season.

HERE'S WHY THE ATLANTIC HURRICANE SEASON RUNS FROM JUNE TO NOVEMBER 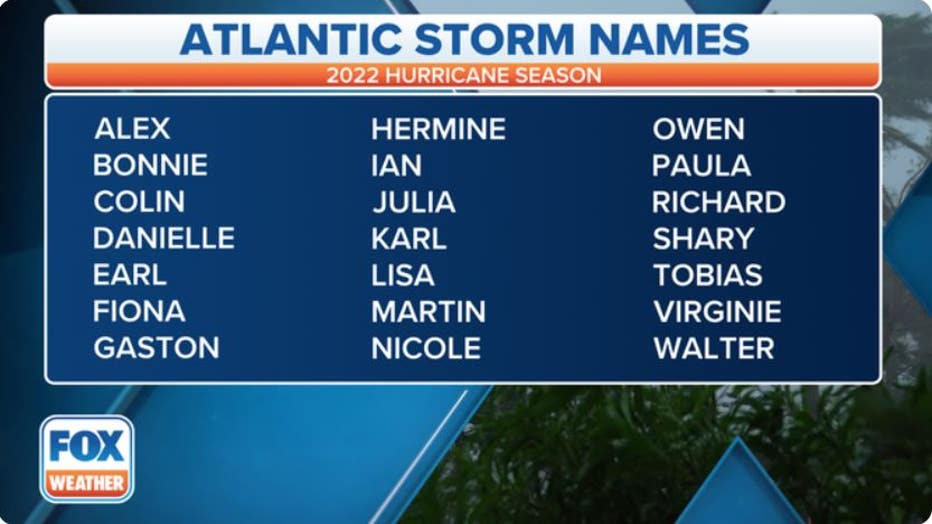 A table showing an alphabetical list of the 2022 Atlantic tropical cyclone names as selected by the World Meteorological Organization. The official Atlantic hurricane season runs from June 1 through Nov. 30. (FOX Weather)

The hurricane naming convention was established in 1950, according to the National Hurricane Center. Initially, the phonetic alphabet was used for naming, but that practice was ditched in 1953 for a larger variety of names.

WHAT'S THE DIFFERENCE BETWEEN A TROPICAL DEPRESSION, TROPICAL STORM AND HURRICANE?

Previously, if all 21 names were used, the Greek alphabet would then be used if necessary. It was used nine times in the record-breaking 2020 season and twice in 2005. However, as of 2021, any additional storms now receive a name from a new supplemental list created by the WMO because the use of Greek letters can become confusing for messaging purposes (Zeta, Eta and Theta all sound very similar).

While it hasn't yet been used, the supplemental list includes Adria, Braylen, Caridad and Deshawn. A complete list of the 21 supplemental names is shown in the table below. 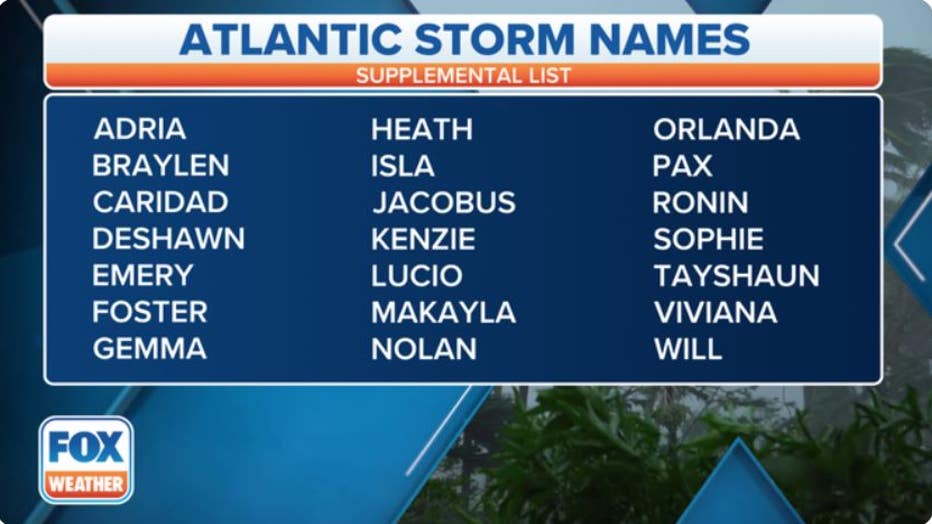 A table showing an alphabetical list of the supplemental Atlantic tropical cyclone names as selected by the World Meteorological Organization to be used in place of the Greek alphabet. (FOX Weather)

This year’s primary list of names might look familiar to the one from 2016. That’s because these name lists rotate every six years – a practice which began in 1979 – unless a particular storm is so destructive and/or deadly that the WMO votes to retire that name from future use, such as Harvey, Katrina, Michael or Sandy.

Hurricane Matthew peaked at Category 5 intensity on the Saffir-Simpson Hurricane Wind Scale over the southern Caribbean Sea on Sept. 30, 2016. According to the NHC, the storm reached Category 5 status at the lowest latitude ever recorded in the Atlantic Basin.

HOW ARE HURRICANES RATED? THE SAFFIR-SIMPSON HURRICANE WIND SCALE EXPLAINED

Matthew was a Category 4 hurricane when its eye came ashore in both Haiti and eastern Cuba on Oct. 4, 2016. The hurricane was responsible for 585 direct deaths, of which more than 500 were in Haiti, making it the deadliest Atlantic hurricane since Stan in 2005, the NHC noted in its final report on Hurricane Matthew. 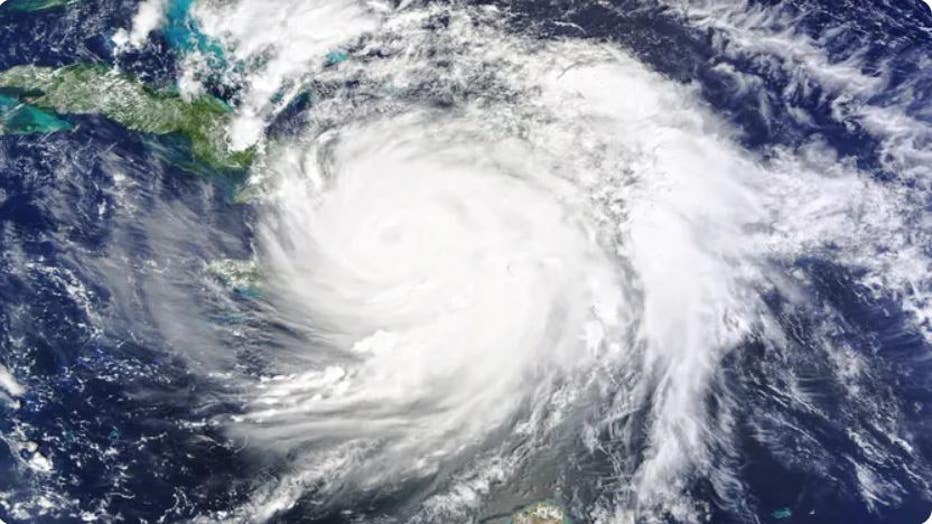 On Oct. 4, 2016, Hurricane Matthew made landfall on southwestern Haiti as a Category 4 storm – the strongest hurricane to hit the Caribbean nation in more than 50 years. Just hours after landfall, the Moderate Resolution Imaging Spectroradiometer (MO

Then, Matthew moved northward into the Bahamas as a Category 3 and 4 hurricane on Oct. 5 and 6. It approached the southeastern United States in the days that followed, passing very close to the coasts of Florida, Georgia and the Carolinas.

Hurricane Matthew made one U.S. landfall on Oct. 8 as a Category 1 storm near McClellanville, South Carolina. Hurricane-force wind gusts were measured from Florida to North Carolina, accompanied by a powerful storm surge and torrential rainfall that led to flash flooding and river flooding along much of the Southeast coast.

Later that season, Hurricane Otto was a rare storm that crossed from the southwestern Caribbean Sea into the Eastern Pacific Ocean by plowing through Nicaragua and Costa Rica in late-November 2016. Heavy rainfall and flooding from the hurricane caused 18 fatalities in Central America.

Otto was a Category 3 hurricane when it made landfall in extreme southern Nicaragua, just over 10 miles northwest of the Nicaragua-Costa Rica border, on Nov. 24, 2016, which was Thanksgiving Day. According to the NHC, Otto set several historical records: 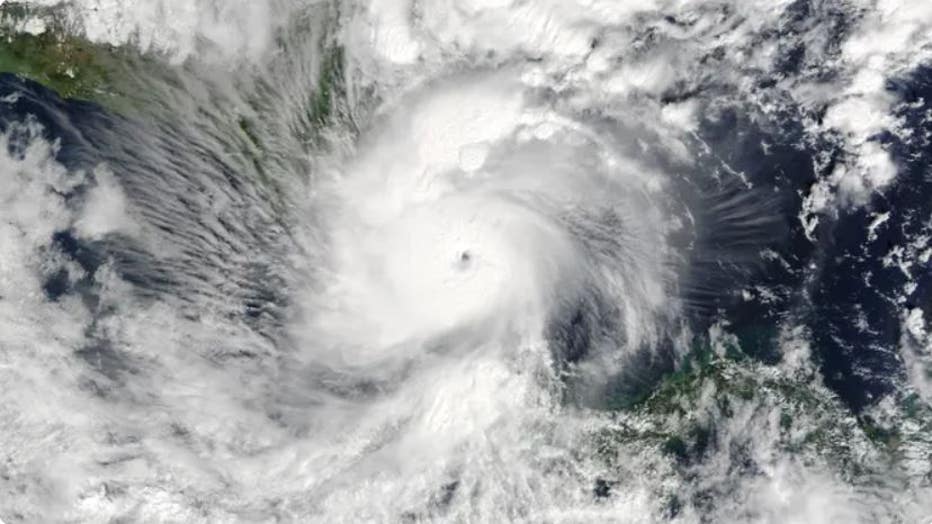 At 11:05 a.m. Eastern time on Nov. 24, 2016, the Moderate Resolution Imaging Spectroradiometer (MODIS) on NASA’s Terra satellite acquired this image of Hurricane Otto as it approached southern Nicaragua. When the image was acquired, Otto had maximum

Otto was one of a small number of tropical cyclones that maintained its tropical status while crossing from the Atlantic to the Eastern Pacific Basin. The last storm to do so was Hurricane Cesar, which made landfall in Nicaragua as a hurricane in late-July 1996 and was still a tropical depression when it entered the far Eastern Pacific Ocean.

THE BEASTS OF THE ATLANTIC: 93 HURRICANE OR TROPICAL STORM NAMES HAVE BEEN RETIRED

It should come as no surprise that the WMO voted to retire both Matthew and Otto from future use in the Atlantic Basin, which includes the Atlantic Ocean, Caribbean Sea and Gulf of Mexico. This year’s "M" and "O" storms will be Martin and Owen, respectively.