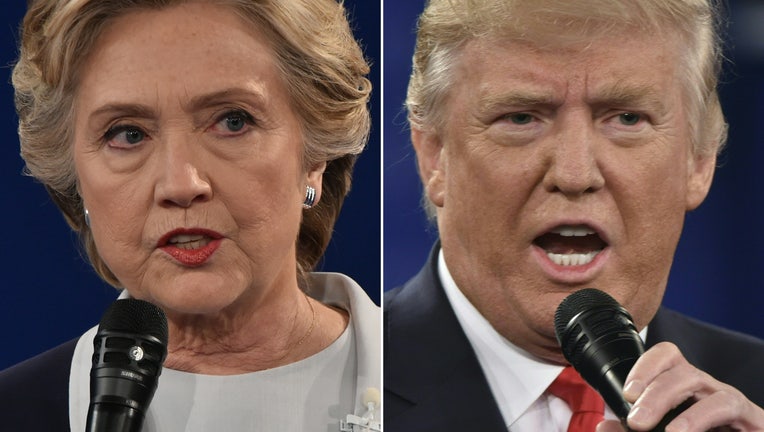 Hillary Clinton recently told comedian Amy Schumer that she spends most of her time working to support Joe Biden in an effort to send President Trump "back to the golf course full-time."

The former 2016 Democratic presidential nominee made her intentions known during their virtual interview that airs Tuesday for Variety's first virtual TV festival.

“I’m spending most of my time trying to do everything I can to retire him and to send him back to the golf course full-time,” Clinton said from her home in Chappaqua, N.Y., while Schumer was staying with her family in Martha's Vineyard in Massachusetts.

Clinton added that she felt a sense of responsibility for Trump's presidency after he defeated her in 2016.

“I didn’t think I was going to lose. But I felt a sense of real responsibility, like how did this happen? Of course, I was really worried about Trump," she said. "But he’s been worse than I even feared he would be, and as I tried to warn people he would be.”

“So, I have carried with me this real sense of deep responsibility that, ‘Oh, my gosh, I just can’t bear the fact this man became president.’ For whatever combination of reasons, and there were a lot of reasons, I win a popular vote and lose the Electoral College by literally a handful," she added.

The Trump campaign did not respond to requests for comment from Fox News.

Clinton, who has largely stayed out of the spotlight since her loss to Trump, also spoke of the ongoing protests against police brutality and racial injustice and Trump's decisions on a range of issues.

"We’re seeing that play out dramatically right now between COVID and the economy, and the terrible decisions he made around peaceful protestors and trying to send in the military -- and so much that is contrary to the Constitution, to our fundamental values to humanity," Clinton told Schumer.

“This protest that is going on, it really is a kind of moment of moral reckoning,” she added. “They can’t turn away from that eight-minute-and-46-second video. They can’t turn away from the look on that policeman’s face where he just literally shifted his body and put his hand in [his] pocket and put greater pressure on Mr. [George] Floyd’s neck.”

Clinton and Schumer also touched on lighter subjects, including what Clinton's last meal would be and favorite TV shows.