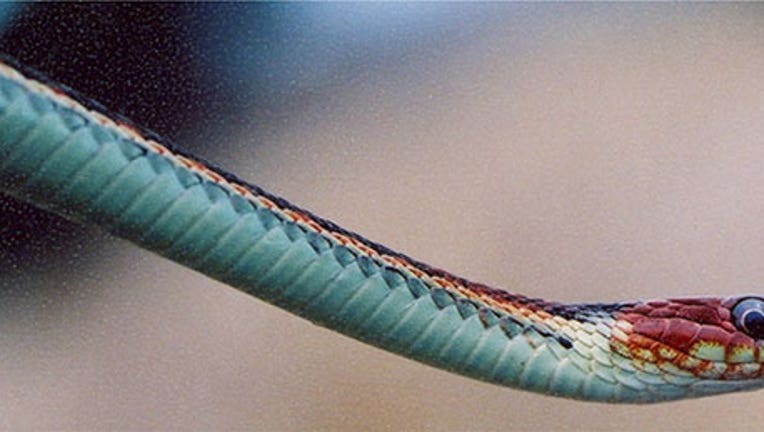 SAN FRANCISCO - A study commissioned by the U.S Geological Survey and the U.S. Fish & Wildlife Service found that the San Francisco International Airport has the largest, most stable population of an endangered species, the San Francisco garter snake, airport officials announced on Wednesday.

The snakes live on the airport's West-of-Bayshore property, a 180-acre undeveloped parcel of wetlands and uplands, located across the highway from the airport's terminal complex.

The area is off-limits to the public and supports populations of two federally protected species: the San Francisco garter snake and the California red-legged frog.

The authors of the study, which was published in PLoS One last year, estimated a population of approximately 1,300 snakes at the site, the largest concentration of any known location. The authors also noted that the airport’s efforts to enhance the habitat helped grow the abundant snake population despite the fact that this land is located within an urban setting.

In a statement, SFO Wildlife Biologist Natalie Reeder said the study's results "validate the environmental stewardship programs we have in place, to ensure endangered species can survive and thrive at SFO."

The same airport property also is home to grazing goats during the summer fire season.