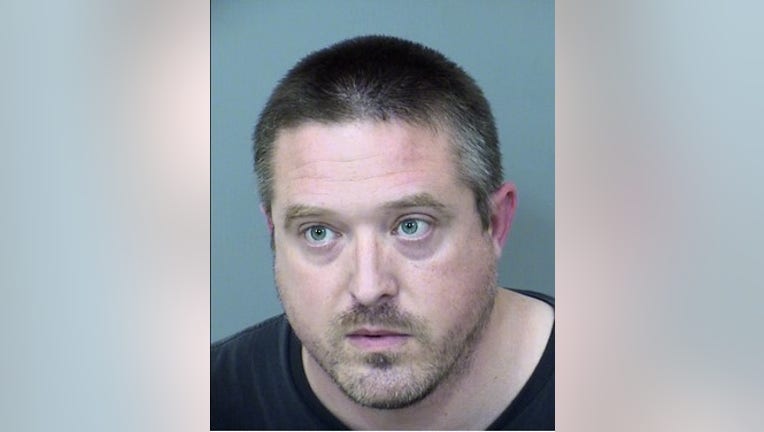 CHANDLER, Ariz. - A man is being accused of kidnapping and sexual assault following a bizarre incident in Chandler on Nov. 5.

According to court documents, 40-year-old David Lloyd Selke was arrested at an apartment complex near Chandler Boulevard and McClintock Drive. Police were called out to a disorder call in the area, after a number of people called 911 and reported screaming at the apartment leasing office.

"Officers investigated the situation and discovered Selke had responded to the leasing office to return his apartment keys after moving out of his residence, and attempted to sexually assault the apartment manager," read a portion of the court documents.

According to investigators, the alleged victim said Selke came to her office to return his keys, and asked about the deposit for his apartment.

"The victim went to her office and collected Selke's file to review before sitting at her desk. She reported Selke came around her desk. Then, she was spun around, and Selke began grabbing at her clothes, including her jacket, shirt, and pants. Selke reportedly told the victim ‘I have to rape you,'" read a portion of the investigator's statement, as found in court documents.

The alleged victim, according to police, screamed for help. Eventually, she was knocked to her knee, and eventually, Selke stopped

"The victim returned to the lobby, where Selke asked her to go on a date. To ensure Selke did not assault her again, the victim agreed and provided her office phone number to Selke," investigators wrote. "The victim reportedly stood in the lobby with Selke until police arrived."

In their report, investigators noted the alleged victim suffered a number of injuries, including bruises and abrasions to various parts of her body.

During a police interview, investigators say Selka reported he had sexually assaulted the victim.

"He assumed responsibility but implied he believed a devil or demons were Involved. He reported he did not ‘rape’ her but remembered thinking he had to rape her, so it must have been his intention to sexually assault her," read a portion of the court documents.

Investigators also say Selke claimed he had committed sexual offenses in the past, including incidents involving children and teens. In addition, investigators say Selke admitted to watching and downloading child pornography.

A judge has set a Secured Appearance Bond of $50,000 for Selke. He is ordered to not return to the scene of the alleged crime, and refrain from contacting the alleged victim or the arresting officers.

Other Crime and Public Safety Stories