An Illinois woman is offering a $5,000 cash reward to find her prize-winning boxer. Jasper was in the back of her van when it was stolen Saturday morning outside a South St. Paul hotel.

SOUTH ST. PAUL, Minn. (FOX 9) - At the Saint Paul RiverCentre, this year’s Land O'Lakes Kennel Club Dog Show ended on Sunday. But one dog handler who drove six hours for the event is now unable to go back home, after having her prized dog stolen on Saturday.

The dog is a two-and-a-half year old Boxer named Jasper.

"That’s my child, I mean that’s like my family," Baker said. "I was there when that dog was born." 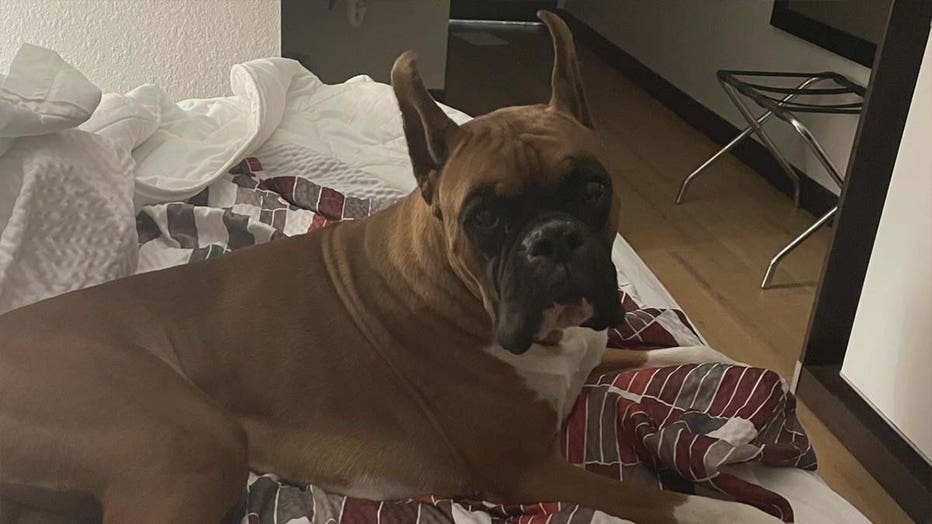 Michelle -- a professional dog handler from Illinois -- has shown hundreds of dogs at dog shows over the last 15 years, but she has a special bond with her own pup.

"He is what makes me smile first thing in the morning, the last thing before bed," Baker said. "The last thing I did before he left was I kissed him as I put him in his kennel and I told him how much I loved him."

On Saturday morning at her hotel in South St. Paul, Baker says she walked about 30 feet from her running car, to grab a cup of coffee; walking past another man waiting in the lobby of the Envision Hotel on the way. The hotel tells FOX 9 they believe the man was visiting someone at the hotel, and they’d just called a taxi for him to leave. Instead of waiting for the taxi, he decided to steal Michelle’s car, and likely without knowing it, the quiet dog in the back of it. 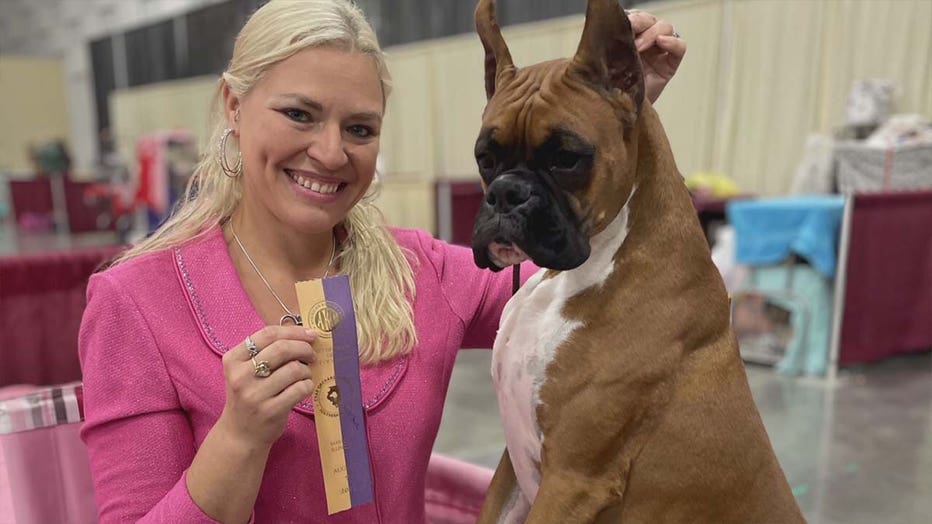 "It could’ve been hours before he knew he was there," Baker said. "He was in a kennel in the back that was enclosed."

Now the last 24 hours have felt like an eternity for Michelle, she’s begging whoever has Jasper to drop him off at a vet clinic, fire station or any warm place.

"It’s so cold that [if] they leave him outside he’s not going to make it," Baker said.

The car is a silver 2013 Town & Country minivan, with Illinois license plates. 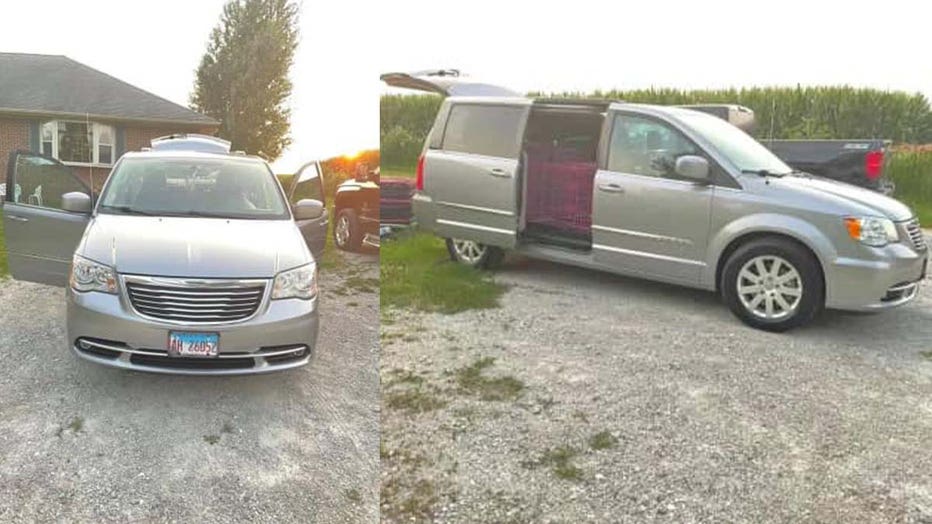 Michelle describes the man who took the car as middle-aged and Caucasian, between 180 and 200 pounds, with a bald head and no facial hair. She’s doing everything she can to find him.

If she does find him, she says there won’t be any questions asked, she just wants her dog back.

"He needs to come home with me today," she said. 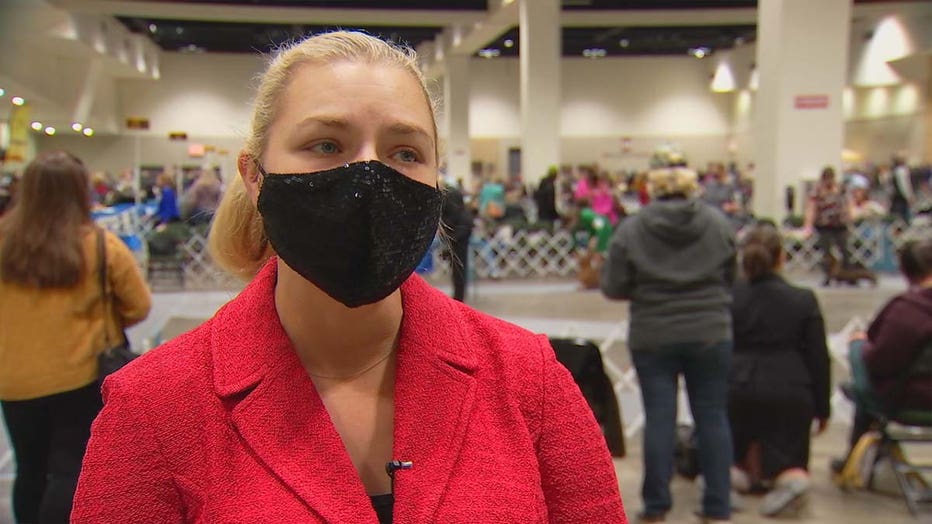