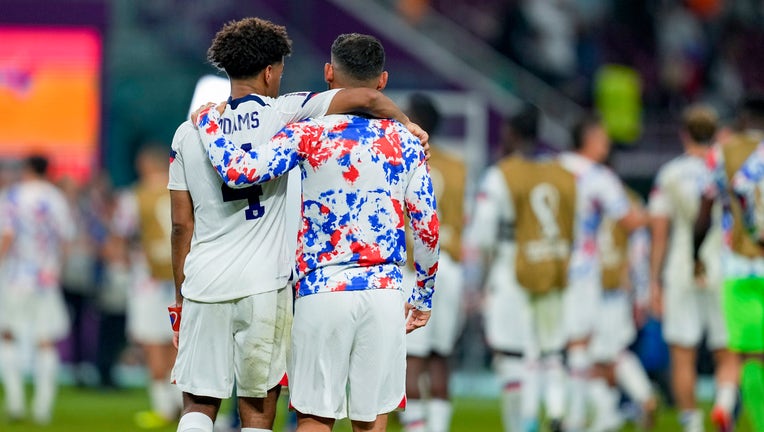 Tyler Adams of USA and Cristian Roldan of USA hug each other after the FIFA World Cup Qatar 2022 Round of 16 match between Netherlands and USA at Khalifa International Stadium on December 3, 2022 in Doha, Qatar. (Photo by Ulrik Pedersen/DeFodi Images

Matt Turner said the "silence was deafening" in the United States' locker room in the immediate aftermath of the team's disappointing 3-1 defeat to the Netherlands on Saturday in the World Cup's round of 16.

Goalkeeper Turner and his colleagues were outplayed at Khalifa International Stadium to end their campaign and miss out on the chance for a potential quarterfinal against Lionel Messi's Argentina.

"Extreme disappointment," Turner said. "I think we did some great things but also some things that are very uncharacteristic of us, especially defensively. The silence was deafening in there. Everyone is disappointed. It is a somber mood. Competing and losing doesn't make us at all feel better."

Goals from Memphis Depay, Daley Blind and Denzel Dumfries pushed the Dutch into the final eight, while Haji Wright gave the USA a late glimmer of optimism by pulling things back to 2-1 before Dumfries extinguished that hope.

The disappointment on the American faces was clear at the end, as a campaign that showed positive signs with a victory over Iran and a tie against England ended in a way no one wanted.

"As an individual, I always give everything I have for my teammates, as they will for me," captain Tyler Adams said. "This is a tough one. This sucks." 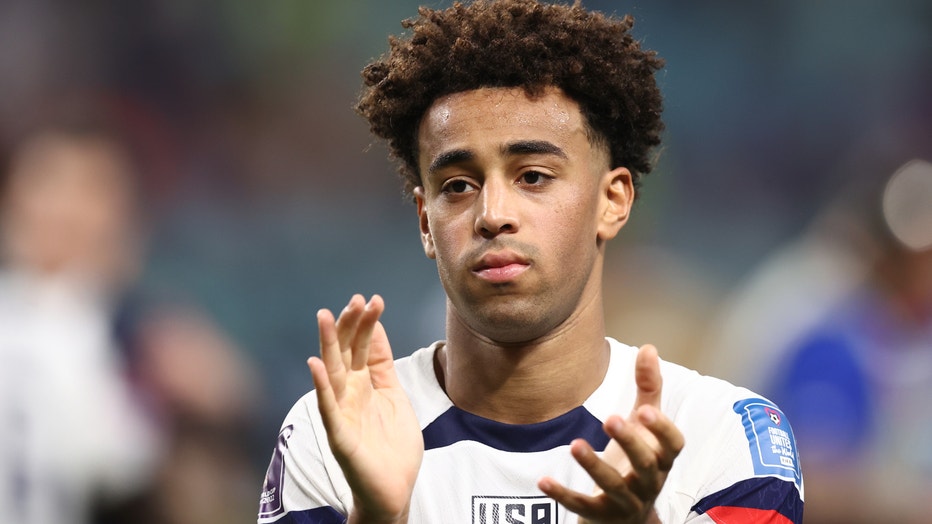 Tyler Adams of United States of America at full time of the FIFA World Cup Qatar 2022 Round of 16 match between Netherlands and USA at Khalifa International Stadium on December 3, 2022 in Doha, Qatar. (Photo by James Williamson - AMA/Getty Images)

The Netherlands will now advance to face the winner of Saturday's late clash between Argentina and Australia, with the South Americans naturally an overwhelming favorite.

USA coach Gregg Berhalter is now out of contract and was non-committal on his future, stating he will evaluate the situation over the coming weeks.

"You look at ‘can we win against top teams,'" Berhalter said, when asked how close the Americans are to the world's best soccer nations. "We can perform well enough to win. Today is a strange type of outcome in a game like this when we performed really well. 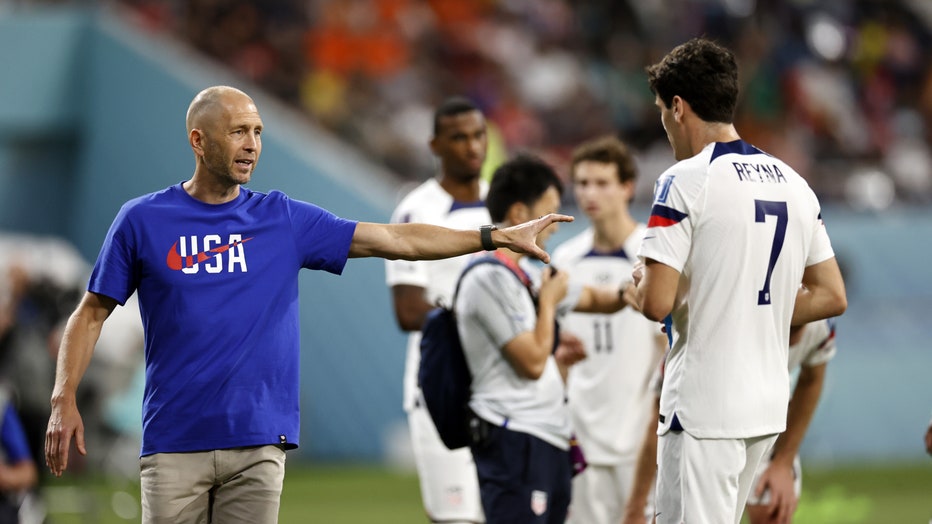 "This group is close. The American public should be optimistic. We heard about all the support, and we really appreciate it, and we are sorry we couldn't win that game tonight."

The first goal was crucial in helping the Netherlands gain control of the game. A move with at least 20 passes eventually saw the ball fall to Depay, who beat Turner with a firm strike.

"You have to give some credit to Holland for having the quality to finish their chances," Berhalter added. "Their first attack was basically a goal. When you play at this high quality at this level, that's what happens. We've got to learn form it.

"I do feel like we made progress. When you look at our team, it's a very clear identity of what we're trying to do. Let's not forget the Netherlands is unbeaten under Louis van Gaal. I think we pushed them." 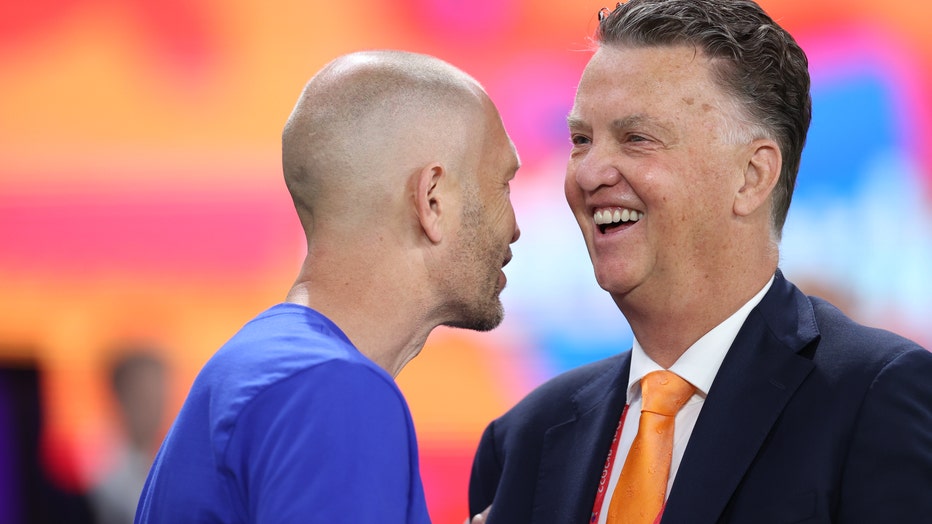 DOHA, QATAR - DECEMBER 03: Head coaches Gregg Berhalter of USA and Louis van Gaal of Netherlands speak prior to the FIFA World Cup Qatar 2022 Round of 16 match between Netherlands and USA at Khalifa International Stadium on December 03, 2022 in Doha,

Dutch coach Van Gaal was bullish about his squad after the victory.

"We made beautiful goals today," he said. "That gives us confidence. Top countries didn't progress — and we still have three games to go.

LINK: Get updates and more on the World Cup at foxsports.com.