WASHINGTON - Jen Psaki took the podium as the new press secretary in the Biden administration on Wednesday, just hours after the presidential inauguration.

"Rebuilding trust with the American people will be central to our focus in the press office and in the White House," Psaki said as she opened the briefing.

Jen Psaki took the podium as the new press secretary in the Biden administration on Wednesday, just hours after the presidential inauguration.

"It's an honor to be here with all of you. When the president asked me to serve in this role, we talked about the importance of bringing truth and transparency back to the briefing room. And he asked me to ensure that we are communicating about the policies across the Biden-Harris administration, and the work his team is doing every single day on behalf of all American people," Psaki said.

Wednesday’s briefing was the first interaction between the new Biden administration and reporters.

"There will be times when we see things differently in this room, I mean among all of us. That's OK, that's part of our democracy, and rebuilding trust with the American people will be central to our focus in the press office and in the White House every single day," Psaki told the reporters in the briefing room.

In November, Biden announced that all women would lead the White House’s communications team, a first in U.S. presidential history. 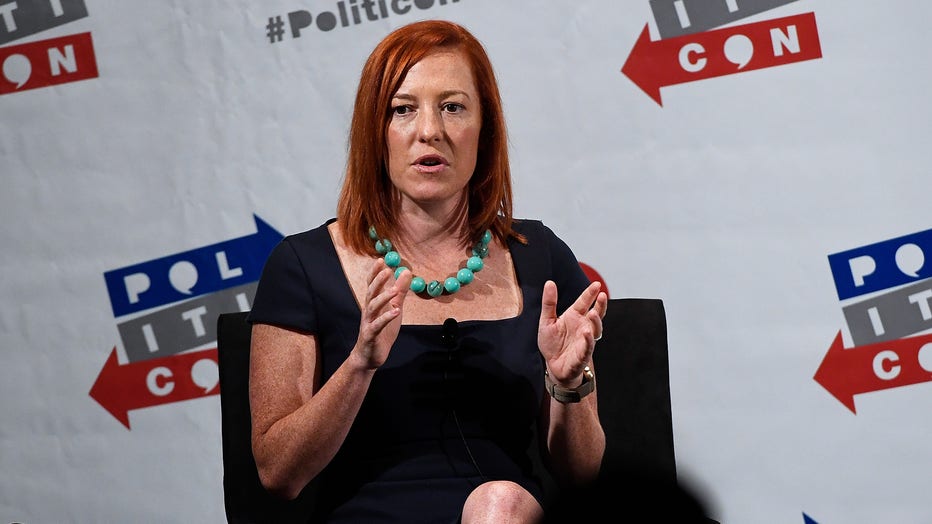 "Communicating directly and truthfully to the American people is one of the most important duties of a President," Biden said in a statement when he announced his communications team. "I am proud to announce today the first senior White House communications team comprised entirely of women."

"Our country is facing unprecedented challenges," then-Vice President-elect Kamala Harris added. "From the coronavirus pandemic to the economic crisis, to the climate crisis, and a long-overdue reckoning over racial injustice. To overcome these challenges, we need to communicate clearly, honestly, and transparently with the American people."

President Donald Trump's White House had all but abandoned the practice of briefing reporters daily, taking an oftentimes openly combative tone with the news media. Sean Spicer, who was Trump’s first press secretary, set the tenor four years ago by claiming that the audience at Trump’s inauguration was the largest in history, despite photographic evidence to the contrary.

Trump’s final press secretary, Kayleigh McEnany, had called some White House journalists "activists," and refused to call on them during contentious briefings.

Psaki said Wednesday that she will bring truth and transparency to the White House briefing room, a clear reference to her predecessors under Trump.

Psaki answered questions from reporters on a range of subjects during the briefing — from Biden’s foreign travel plans to the president’s stance on the Senate impeachment trial of Trump.

Psaki said Biden will allow Congress to decide the way forward on the impeachment trial, and that the president believes members of the Senate should figure out how to proceed with a trial that could consume the opening weeks of his presidency.

Trump was impeached by the House last week on a charge of inciting an insurrection. It was his second impeachment, though he was acquitted by the Senate in the first.

Psaki said Wednesday that the Biden administration is instead focused on the pandemic and the economic crisis that have engulfed the country for nearly a year, noting that the Senate can handle multiple issues at once.

On the foreign relations front, Psaki said Biden will call Canadian Prime Minister Justin Trudeau on Friday, the first call with a foreign leader after his oath of office.

Psaki said the subject of the call will be relations between the United States and Canada as well as the status of the Keystone XL oil pipeline, whose permitting Biden revoked in one of his first acts as president.

Psaki said Biden’s first round of calls to foreign leaders will be with allies, adding that the new president plans to repair damaged global relationships.