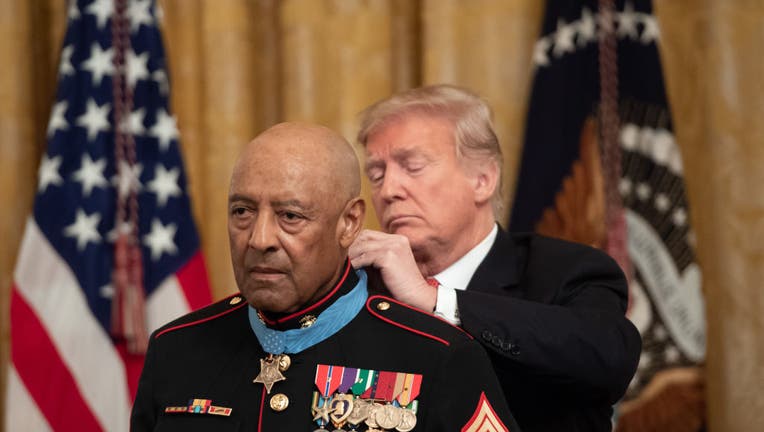 US President Donald Trump awards the Medal of Honor to Retired US Marine Sergeant Major John L. Canley, for actions during the Vietnam War, during a ceremony in the East Room of the White House in Washington, DC, October 17, 2018. (Photo by SAUL LOEB

MOUNT PLEASANT, S.C. - John Lee Canley, a Marine who received the Medal of Honor for his actions during the Vietnam War, has died at the age of 84, according to The Congressional Medal of Honor Society.

The society said he passed Wednesday in Bend Oregon. His daughter told The Washington Post he died of cancer.

According to the news outlet, Sgt. Maj. Canley was the first Black Marine to receive the country’s highest military honor, awarded by then President Donald Trump at the White House in October 2018. He also received the Bronze Star with Combat "V," the Purple Heart, the Navy and Marine Corps Commendation Medal with Combat "V," and the Combat Action Ribbon, according to military officials.

RELATED: 4 Air Force cadets may not graduate due to vaccine refusal 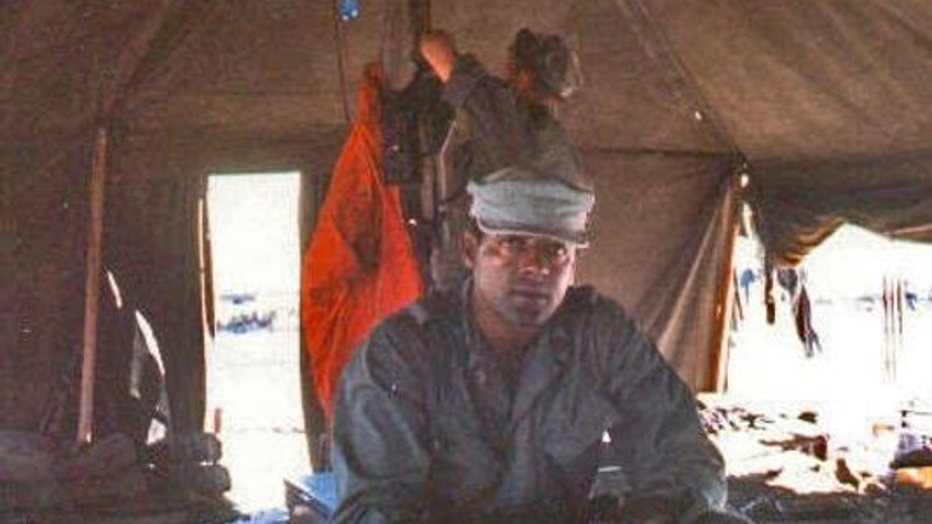 However, Canley and his men came under attack as they moved along the highway on the southern outskirts of the city.

"Canley was noted to be fearless," the society said in a news release. "He purposefully drew enemy fire to himself to pinpoint the location of enemy emplacements and then led attacks to eliminate the threats."

"He repeatedly exposed himself to enemy fire to pull wounded Marines to safety," the society continued.

Canley was also credited for leading his men in overtaking enemy troops once inside the city.

"Through his indominable spirit, expert fighting skills, and encouragement, his men were successful in their efforts," the society added.

"The actions in the face of danger Sgt. Maj. Canley took are incredible and remarkable," said Sergeant Major of the Marine Corps Troy Black. "Sgt. Maj. Canley was a leader and a warfighter who undoubtedly contributed to the battles won in Vietnam. His first priority was and has always been his Marines – a true example of Semper Fidelis. I’m saddened by the loss of such a great Marine, yet I’m grateful for the legacy he established for generations of warriors."

A Marine veteran from North Texas who was being held prisoner in Russia has been released. The U.S. and Russia carried out a prisoner exchange in Europe that allows Trevor Reed to finally come home.

Canley was born on Dec. 20, 1937, in Caledonia, Arkansas. He enlisted in the U.S. Marines in Little Rock in 1953 and retired in 1981 as a sergeant major. According to military officials, he deployed on three combat tours to the Vietnam War and served as a rifle platoon leader, company gunnery sergeant and company first sergeant.

Sgt. Maj. Canley will be buried with full military honors at the Arlington National Cemetery at a later date to be determined.

He lives behind several siblings, three children, a stepson and two grandchildren.

The society said there is now 64 Medal of Honor recipients alive today.