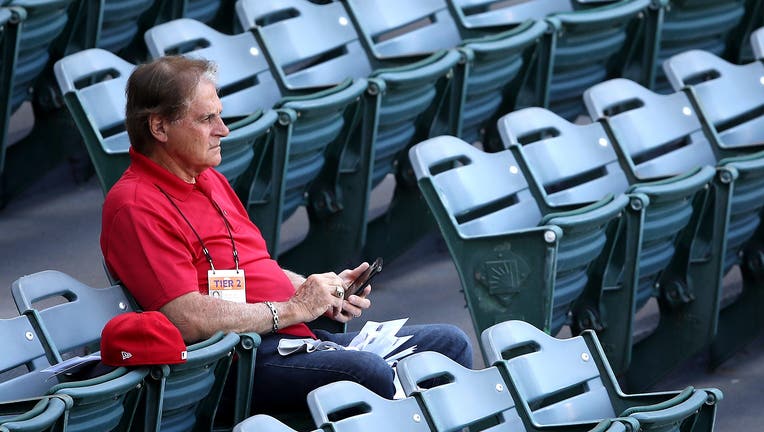 Tony La Russa looks on during a summer workout at Angel Stadium of Anaheim on July 08, 2020 in Anaheim, California. (File photo by Sean M. Haffey/Getty Images)

The 76-year-old La Russa pleaded guilty Dec. 21 to reckless driving in Maricopa County Justice Court. La Russa was sentenced to one day of home detention, fined nearly $1,400 and is required to complete 20 hours of community service.

"That shows Mr. La Russa is taking this matter very seriously, and it is also indicative of the remorse he feels for having gotten himself involved in this matter," Kazan said.

Authorities say La Russa, who won a World Series with Oakland and two more with St. Louis, blew out a tire on the grey Lexus he was driving. He smashed into a curb, leaving the vehicle smoking. Tests taken the night of his arrest showed his blood alcohol concentration was .095 — above the legal limit of .08.

The arrest occurred Feb. 24, but the charges were filed Oct. 28 — one day before his hiring by Chicago.

La Russa pleaded guilty to driving under the influence in Florida in 2007 after police found him asleep inside his running sport utility vehicle at a stop light and smelling of alcohol.

La Russa was hired by Chicago in a surprise move after Rick Renteria was let go in what the team said was a mutual decision. La Russa last managed in the majors in 2011, with St. Louis.