Mona Montoya was working at the Minute Mart near 40th St. and Southern Ave. in Phoenix when police say a suspect shot her during an attempted robbery.

PHOENIX - We're learning more about a Phoenix woman's survival after she was shot multiple times during an attempted robbery. Mona Montoya is the latest victim of a violent crime spree that police say began in April.

The suspect was arrested on May 10, but the Montoya's family says she has a long road to recovery.

Montoya, 45, has undergone three surgeries with more on the way. She was working the morning of Mother's Day moments before being shot. Surveillance video obtained by FOX 10 shows the attempted armed robbery.

Montoya's family is grateful she is still alive.

"She's extremely loving and compassionate. She will listen to any story from anyone wholeheartedly. That is who she is," said Mona's sister, Raychel Miranda.

Montoya is known as the matriarch of her family. A mother of four and grandmother of two, loved unconditionally by her sister, who is now relieved after what happened last Sunday at the Minute Mart near 40th Street and Southern Avenue.

Surveillance video from inside the store shows Montoya, who is the clerk at the register. When the suspect pulls a gun on her, she turns and runs. Police say 29-year-old Trey Waters initially shot Montoya twice.

"And then as she laid there, he turned around and shot her again," said Miranda, who adds that her sister was shot three times in the upper body, but did not suffer any spinal injuries. 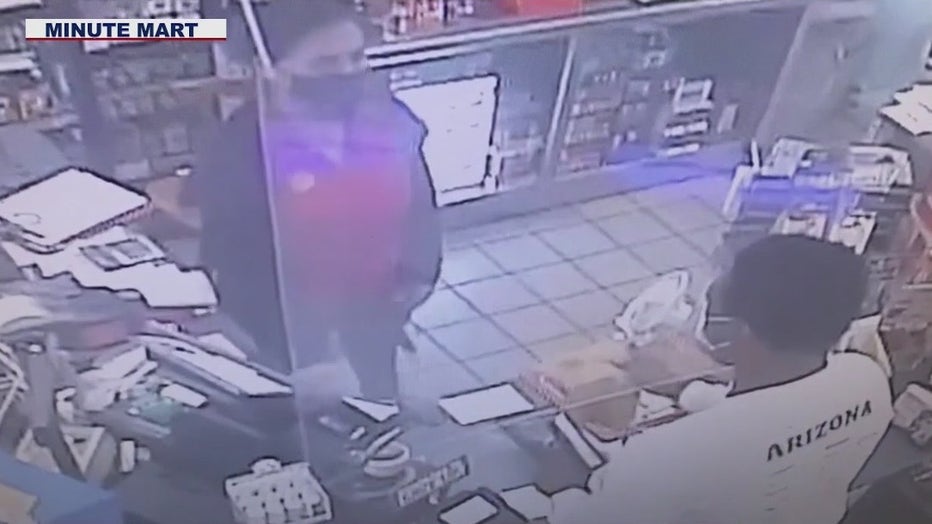 On May 12, Montoya was taken off a ventilator and able to speak. It was good news after a gut-wrenching few days for loved ones.

"I didn't know she was alive.. just that fear," said Miranda.

Investigators say in April, Waters robbed a man and woman in their motel room and shot the man, who survived. Waters is also accused of robbing an ice cream truck driver at gunpoint and hitting him with the weapon. 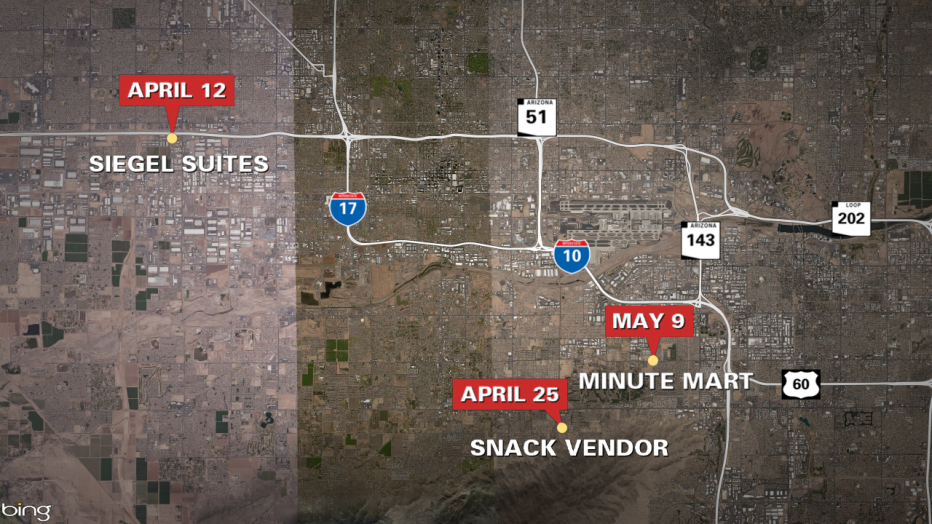 A map showing where the armed robberies occurred

Waters is facing several felonies, including attempted murder, but even with the suspect off the streets, Miranda says her sister's recovery will take one day at a time.

"Because there's so much that we have in front of us it's just overwhelming."

If you would like to help Montoya's family with her medical expenses, which will include her rehabilitation, visit https://www.gofundme.com/f/mona-and-family.