Man arrested in string of armed robberies in Phoenix

PHOENIX - Police say a man has been arrested following a series of armed robberies that took place across Phoenix in April and May.

Trey Waters, 29, is accused of being involved in three robberies that ended with two of the victims being shot in the past month. Both shooting victims are still in the hospital with serious injuries.

The incidents happened on April 12, April 25 and May 9. In the first case, Waters allegedly entered a motel room near the I-10 and 51st Avenue while a couple were inside, demanding their property.

Waters then pistol-whipped the male victim in the face and shot him in the neck. He then tied the woman up before leaving, police say.

Investigators analyzed surveillance footage of the area and noticed a red Chevy Camaro with dark tinted windows and chrome wheels, but only the first letter and last number of the license plate could be read.

"Our robbery detective shared that information with patrol, and one of our patrol sergeants actually saw a vehicle matching that description and was able to obtain some license plate information that led us to the suspect in this case," said Phoenix Police Sergeant Ann Justus. 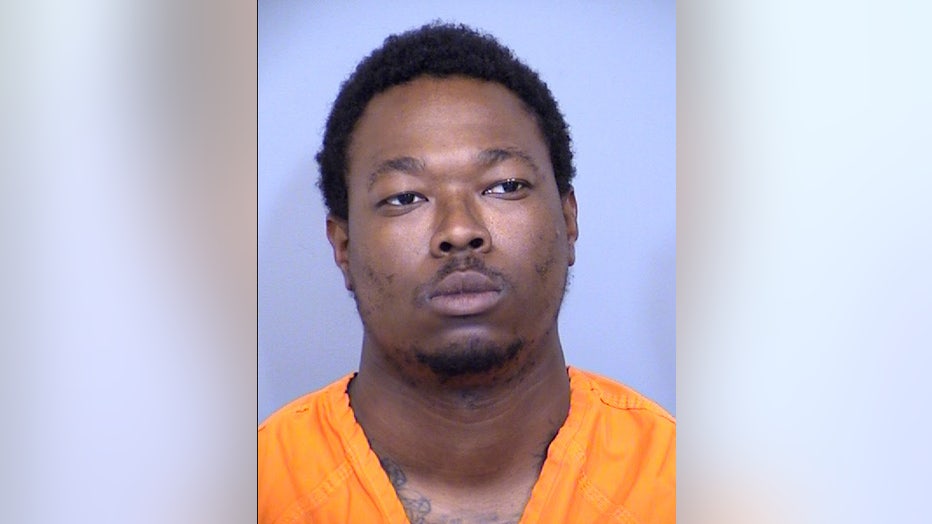 Detectives learned the car was registered to a woman who was later identified as Waters' sister.

In the second case, he reportedly robbed an ice cream truck driver at gunpoint near South Mountain Avenue and 24th Street. Police believe he struck the driver on the head with a gun before robbing $1,000, a cell phone and a Mexican passport from him.

The third incident happened near 40th Street and Southern Avenue last Sunday, where Waters is accused of shooting a cashier at a store three times during an attempted robbery.

Waters was taken into custody near Central and Sunland Avenue on May 10 and faces numerous charges of attempted murder, aggravated assault, armed robbery and kidnapping. 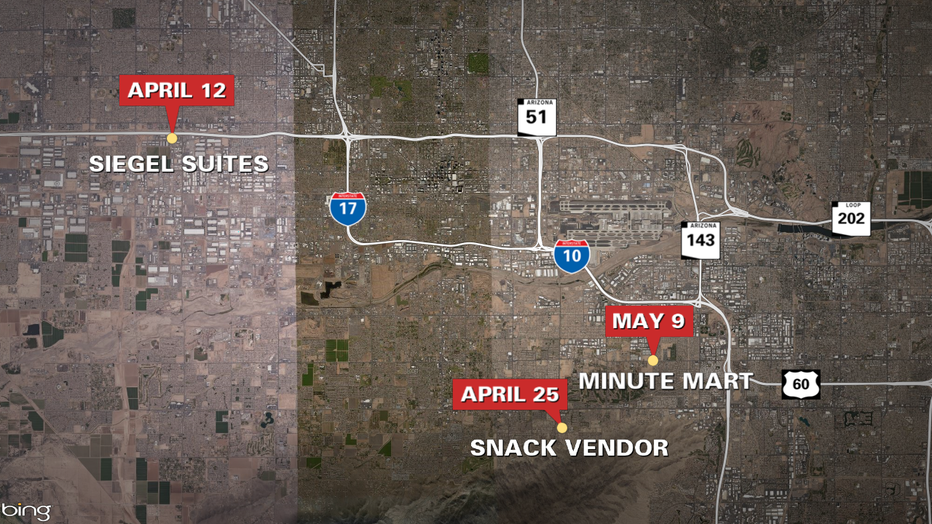 A map showing where the armed robberies occurred