An ADOT traffic camera showed ambulances driving away from the crash site near Loop 101 and Via Linda.

SCOTTSDALE, Ariz. - The northbound lanes of Loop 101 Pima Freeway have reopened at Pima Road in Scottsdale following a multi-vehicle crash, according the Arizona Dept. of Transportation.

Traffic video from the scene showed at least four cars involved in the wreck.

Officials with the Arizona Dept. of Public Safety said that it was a "multi-vehicle serious injury collision," but did not say how many people were injured or how severely they were hurt. 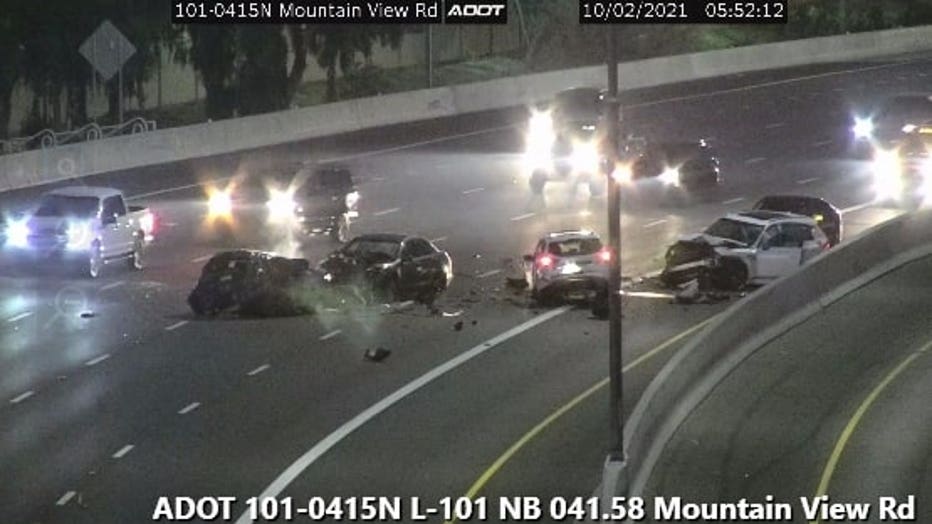 The wreckage of a crash on Loop 101 in Scottsdale 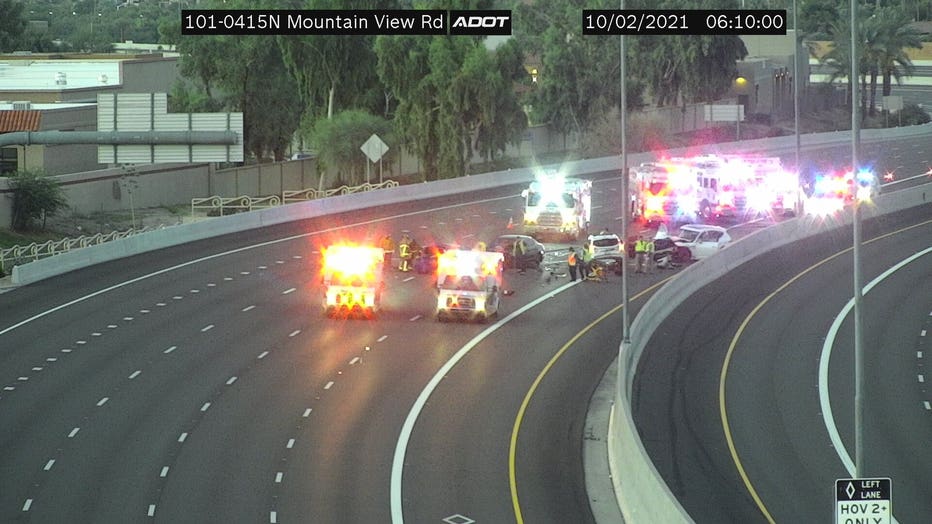 First responders at the aftermath of a crash near Loop 101 and Mountain View Road. (ADOT)