Man arrested, accused of committing more than 300 acts of graffiti in Phoenix

PHOENIX - A man accused of committing over 300 acts of graffiti over the past two years in Phoenix has been arrested.

According to Phoenix Police, 20-year-old Toby Manuelito was arrested in connection to over 314 incidents of graffiti in downtown Phoenix and the Roosevelt Row area since 2020. During the incidents, the moniker "MEYOE" was tagged, resulting in approximately $38,000 worth of damage.

Manuelito was booked into jail and is accused of criminal damage. 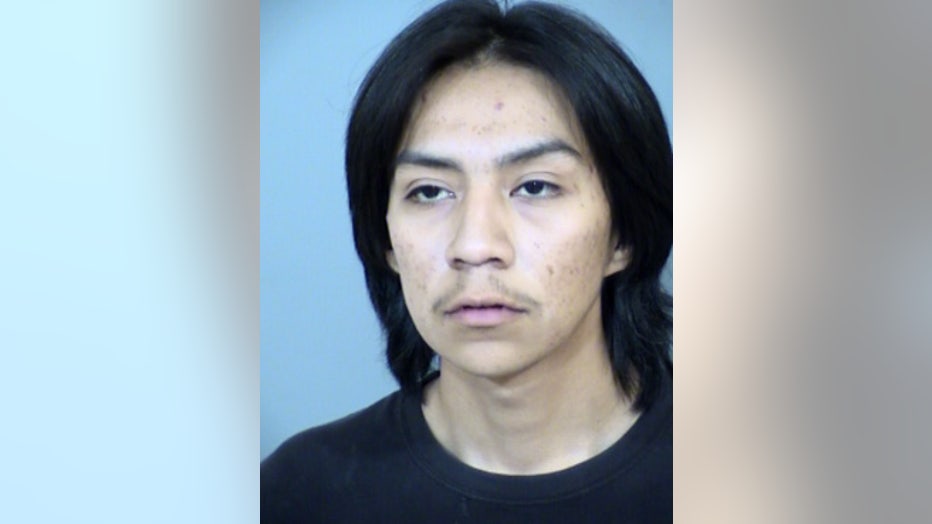 During the graffiti incidents, the moniker "MEYOE" was tagged, resulting in approximately $38,000 worth of damage, Phoenix Police said. (Phoenix Police Department)