Police released images of a man they say slashed a 2-year-old boy in the face near Morningside Park on Wednesday morning, July 1, 2020. (Source videos and images via NYPD)

NEW YORK - Police in New York have arrested a man who is accused of attacking a toddler in upper Manhattan on Wednesday in a random and unprovoked attack.

The NYPD says 35-year-old Anthony Gonzalez slashed a 2-year-old boy in the face with a sharp object. The attack happened on the sidewalk on West 110th Street near Morningside Park in Morningside Heights at about 9:30 a.m. Wednesday. Police released video showing the attacker running away heading west on 110th Street after the incident.

Gonzalez, of West 107 St., is charged with felony assault and criminal possession of a weapon.  It was unclear if he had a lawyer who could speak on his behalf.

The boy was treated for a cut above his right eye at Mount Sinai Morningside and was listed in stable condition, authorities said.

Felony assaults in the 26 Precinct, where this attack happened, are up almost 31% this year through June 21 compared to the same period in 2019, according to an NYPD CompStat report.

The NYPD stepped up patrols around Morningside Park after a Barnard College student was robbed and stabbed to death there in December. 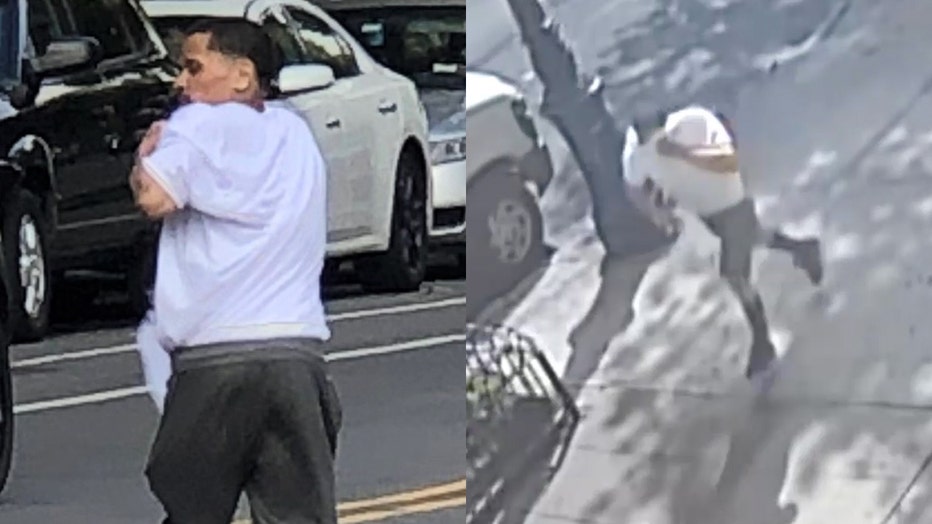 Police say this man slashed a toddler in the face in Morningside Heights on July 1, 2020. (Via NYPD)