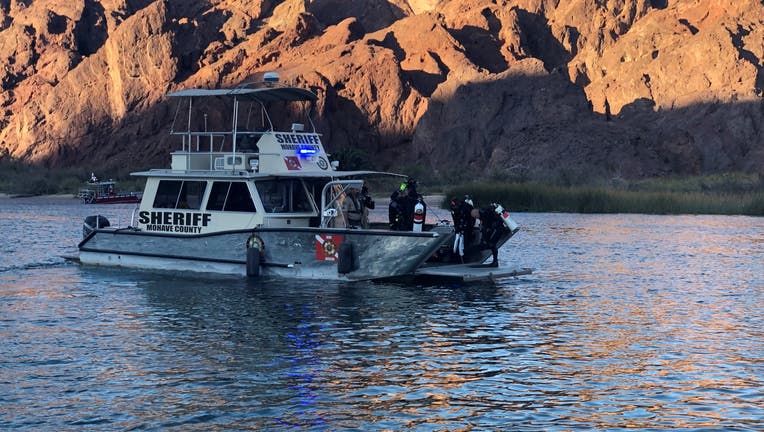 Mohave County dive teams are still searching for a woman's body after a double drowning on the Colorado River on Thursday.

LAKE HAVASU CITY, Ariz. (AP) - The body of a California woman who reportedly drowned along with her husband in the Colorado River last week was recovered Tuesday, according to authorities in Arizona.

Mohave County Sheriff’s officials said the body of 68-year-old Suzan Weaver of Valley Center was pulled from the water Tuesday and positively identified.

Authorities said the woman and 75-year-old James Weaver were traveling in their boat last Thursday when she fell in the river while trying to retrieve a personal item.

They said James Weaver then entered the water to help but lost consciousness and his wife fell below the surface a short time later.

James Weaver was taken to the shore, but lifesaving efforts by passing boaters and first responders were unsuccessful and he was pronounced dead at a hospital.

Search efforts for Suzan Weaver continued through last weekend to include dive teams, side scan sonar and helicopter visual aide, sheriff’s officials said. They said an investigation into the deaths was continuing.