A day after supporters of President Donald Trump violently stormed the U.S. Capitol, President-elect Joe Biden called them domestic terrorists and placed the blame for the violence squarely at Trump’s feet.

WASHINGTON - A man who wore his company badge while he stormed the U.S. Capitol was fired Thursday by his Maryland employer.

Navistar Direct Marketing of Frederick said in a statement that it was made aware that a man wearing a Navistar badge was seen inside the Capitol on Wednesday during the security breach. The statement said that after the company reviewed the photos, the unidentified employee was fired for cause. No additional details were released. 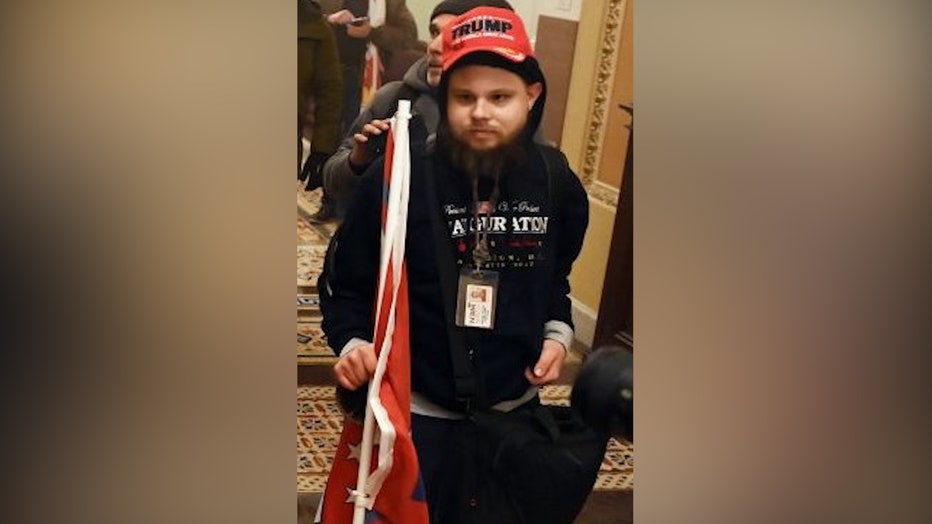 The statement also said any of Navistar’s workers that demonstrate dangerous conduct which endangers the health and safety of others will lose their jobs.

The violent mob loyal to President Donald Trump stormed the U.S. Capitol on Wednesday in an attempt to overturn the presidential election, undercut the nation’s democracy and keep the president in the White House.

The pro-Trump mob took over the presiding officer’s chair in the Senate, the offices of the House speaker and the Senate dais, where one yelled, "Trump won that election."

Invaders posed for photos in the office of House Speaker Nancy Pelosi, one with his feet propped on a desk in her office, another sitting in the same seat Vice President Mike Pence had occupied only moments before during the proceedings to certify the Electoral College vote. 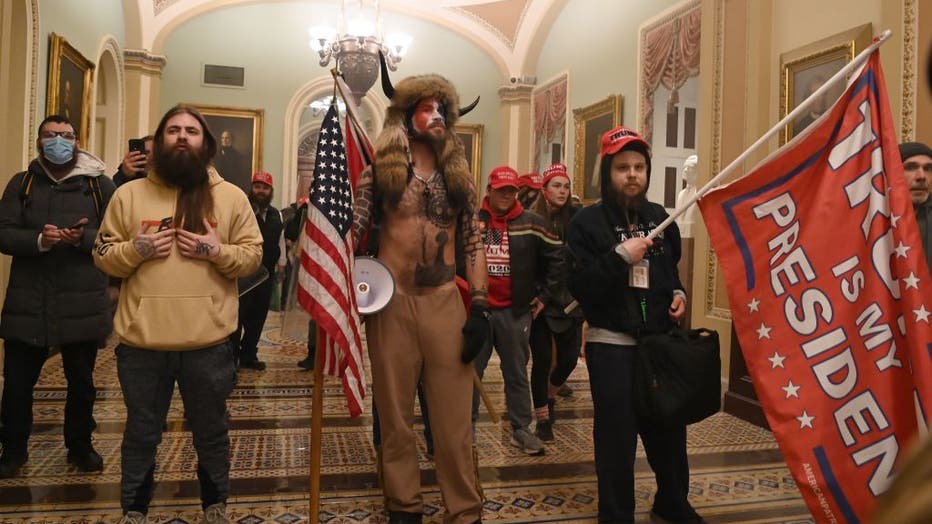 FILE - Supporters of US President Donald Trump, including member of the QAnon conspiracy group Jake Angeli, aka Yellowstone Wolf (C), enter the US Capitol on January 6, 2021, in Washington, DC.

Stunning photos captured the chaos inside the nation’s Capitol: security officials with guns drawn on the floor of the U.S. House of Representatives, people fighting with police in the Capitol Rotunda, rioters smashing windows and streaming into the building where the nation's leaders had gathered to count votes sealing President-elect Joe Biden's victory.

What happened Wednesday was nothing less than an attempted coup, said Rep. Diana DeGette, D-Colo. Sen. Ben Sasse, R-Neb., said, "Today, the United States Capitol — the world’s greatest symbol of self-government — was ransacked while the leader of the free world cowered behind his keyboard."

Sasse went on: "Lies have consequences. This violence was the inevitable and ugly outcome of the president’s addiction to constantly stoking division."

"We’ve known for four years that our democracy was in peril and this is hopefully the worst and final moment of it," Rep. Jim Himes said. "But with a president egging these people on, with the Republicans doing all they can to try to make people feel like their democracy has been taken away from them even though they’re the ones doing the taking, it’s really hard, really sad. I spent my entire political career reaching out to the other side. And it’s really hard to see this."

Democratic Illinois Rep. Mike Quigley was also in the balcony. "It’s not good to be around terrified colleagues, with guns drawn toward people who have a barricade ... people crying. Not what you want to see," he said.

"This is how a coup is started," said Rep. Jimmy Gomez, D-Calif. "This is how democracy dies."