Tampa Mayor Jane Castor talks about the celebration plans as the Bucs wrap up a Super Bowl victory.

TAMPA, Fla. - Championships are becoming a regular thing in Tampa Bay, but this might be the biggest one yet. The Buccaneers made history Sunday night by becoming the first team in NFL history to win the Super Bowl in their home stadium.

With the team already in town, the celebration began around Raymond James Stadium even before Tom Brady’s final kneeldown. But there will be a bigger celebration in the coming days.

"I’ve said I didn’t want to jinx anything, bring on any bad mojo talking about it beforehand, but we’re definitely going to have a discussion," Mayor Jane Castor told FOX 13 News as the game wrapped up. "We have to celebrate this. This is unbelievable." 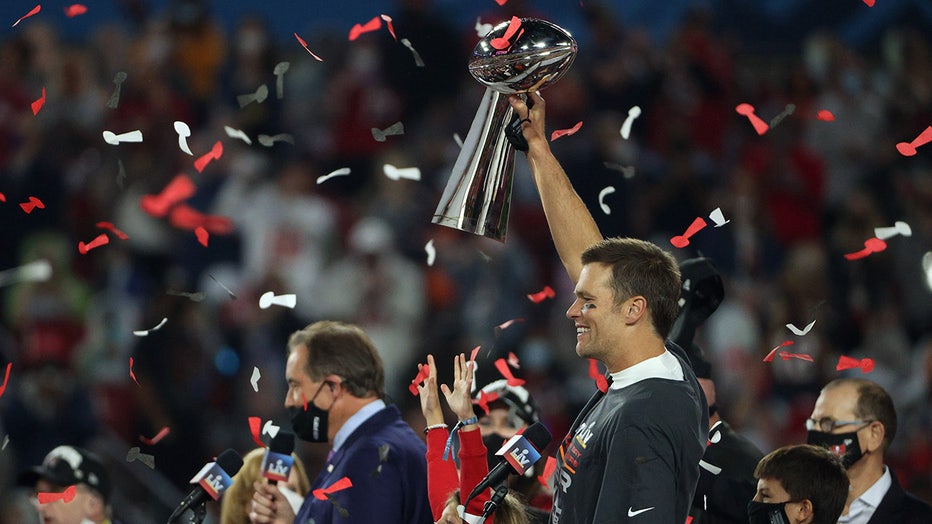 Naturally, quarterback Tom Brady will play a central role in whatever the celebration is. The mayor even promised a ‘Tom Brady Day.’

"That’s without a doubt," she continued. "I said early on that he’d have to show the Lombardi Trophy before we talked about renaming it to ‘Tompa Bay.’ So I may have to have that discussion with him now. It’s not off the table."

When the Tampa Bay Lightning won the Stanley Cup last season, the city celebrated with an unusual boat parade through downtown Tampa. The waterfront setup allowed players and fans to remain socially distant amid the ongoing COVID-19 pandemic.

It’s not yet clear if that’s the form the Buccaneers’ Super Bowl celebration will take, but the mayor promised more details by Tuesday or Wednesday while acknowledging the blueprint created by the Bolts’ win.

"We’ve had to extend our trophy case," Castor beamed. "It’s a great time for Tampa Bay. We are a title town."