Earth is spinning unexepectedly faster and scientists are baffled

On June 29, Earth's rotation was measured at 1.59 milliseconds faster than usual, earning international headlines as the "fastest" day on Earth.

Our planet has been slowing down ever since it formed. A day on Earth was about 21 hours long about 440 million years ago. When the dinosaurs stomped around, it was about 23 hours long, fossils and astronomical records show. And now of course, Earth's rotation brings us to the 24-hour day we're living in-- that is, until recently when the rotation started to pick up speed.

On June 29, Earth's rotation was measured at 1.59 milliseconds faster than usual, earning international headlines about the "fastest" day on Earth. But Earth's rotation is far from constant, explains Dennis McCarthy, the retired Director of Time at the U.S. Naval Observatory.

This long list includes atmospheric changes, tidal changes from the moon, sea surface changes during El Niño and crustal motion within the interior of the Earth.

No surprise, timekeeping is fairly complicated. According to McCarthy, June 29 was the shortest day in recent history but only since the international adaptation of the atomic clock.

Even since his retirement in 2005, McCarthy remains a leading authority on timekeeping and continues to consult for the Observatory. 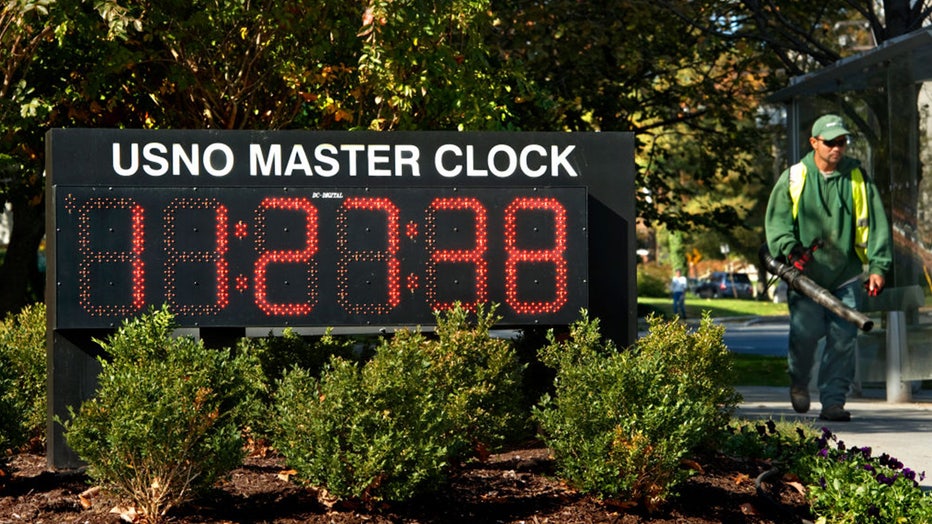 FILE - The US Naval Observatory Master Clock on Massachusetts Avenue and 34th Street in Washington, DC on Nov. 3, 2011. (Linda Davidson / The Washington Post via Getty Images)

Time at the Naval Observatory is measured in two ways: by astronomical-universal means and atomic clocks. McCarthy explains astronomical time has been calculated by observations of the stars and moon with the Earth's rotation. Currently, radio telescope observations of supermassive black holes known as quasars, the brightest objects in the universe, are the astronomical time-keeping standard.

"Those observations then indicate that the Earth is not always rotating at the same speed. And how do we measure that? Well, we use a continuous time scale, one that doesn't pay any attention to the rotation of the Earth," McCarthy said. 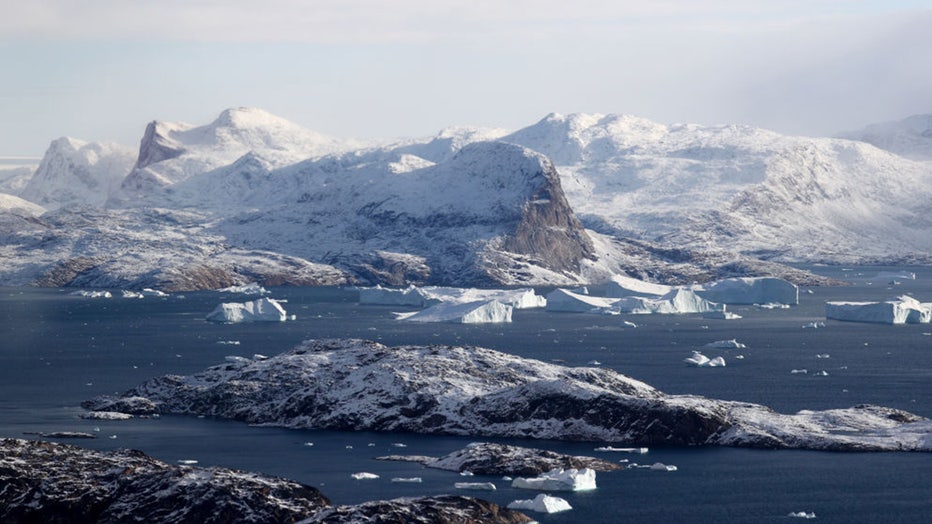 The atomic time scale, based on the transition in a cesium atom, has been in place since 1956 and does not account for Earth's rotation.

To complicate things further, leap seconds are used to bridge the gap between the two time-keeping methods. Because the Earth's rotation appeared to be slowing, international timekeepers began adding a leap second to atomic time to make the difference between atomic and universal time (UTC) no greater than 9/10 of a second. A total of 27 leap seconds have now been added by the International Earth Rotation and Reference Systems Service (IERS), the last one in 2016.

"When we started putting in leap seconds in 1970 to account for the length of the changing length of the day, we were expecting, you know, to be having in leap seconds to account for the lengthening of the day at the rate of about once every year, year and a half, something like that, because we knew the day was getting longer and longer," McCarthy said.

THE HISTORY OF DAYLIGHT SAVING TIME

However, recently the Earth offered up a plot twist.

"All of a sudden, it seems to have flipped around and started going shorter now," McCarthy said of the past five years or more. 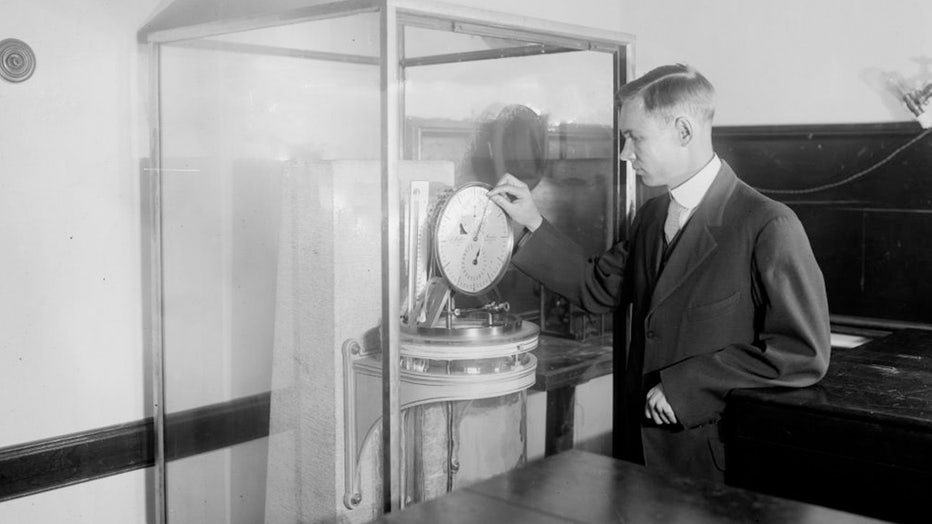 There are a few possibilities as to why the Earth is churning milliseconds faster. The leading theory is glacier and ice melt.

"The melting of the glaciers is essentially making the Earth rounder. When the Earth gets rounder, it spins faster," McCarthy said, comparing it to an ice skater who can spin faster or slower depending on how they move their arms.

McCarthy said that because this is a "recent" change in the history of Earth, he would be hesitant to estimate how long this positive increase lasts.

"Physics would argue then that if we continue to melt glaciers at the current rate, we would continue to maybe increase or, you know, essentially shorten the length of day and increase the Earth's rotation speed," he said.

According to NASA, melting land ice, like mountain glaciers and Greenland and Antarctic ice sheets, will change the Earth's rotation by milliseconds but only if the melted ice flows into the ocean.

A ‘wrinkle’ in time causes international debate about leap seconds 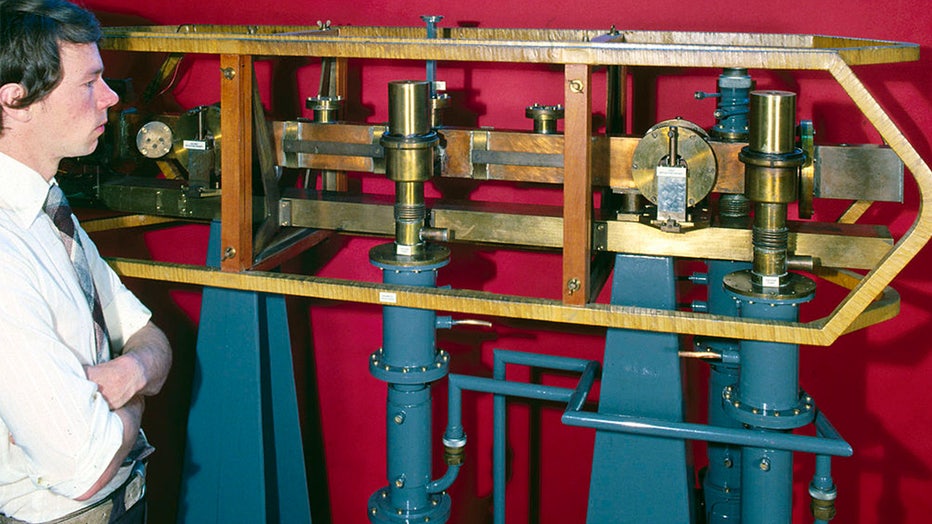 FILE - This was the first atomic clock and when it was developed in 1955, it was the most accurate timekeeper in the world. (SSPL/Getty Images)

When the leap second was first added in 1972, the Earth had been slowing down, but over the past five years, timekeepers have recorded tiny increments of the planet turning faster.

Now, as the Earth is speeding up, the struggle is how to keep the two timescales – atomic and astronomical -- together. One idea is to subtract a second, skipping the 60th second in a minute altogether. This is known as a negative leap second and is not currently in use because McCarthy says it would create more problems than a solution.

Before anyone feels the need to throw away their clocks, if and when a decision about the time change is made, it won't affect your everyday timekeeping.

There are industries – spacecraft operators and other technology – using atomic time that will have to examine their software and figure out how to account for the new faster time. Atomic clocks also provide the time used by radio and TV as well as Global Positioning Satellites (GPS).

"So that would be a wrinkle," McCarthy said.

CLIMATE CHANGE MIGHT BE KEEPING YOU FROM A GOOD NIGHT’S SLEEP, STUDY FINDS

The Naval Observatory provides predictions of Earth's rotation angle daily, and that is fed into GPS satellites, keeping your navigation app or device up to date.

It's also not simple to find a solution for this time problem. International timekeepers have been discussing possible fixes for years.

"This has ramifications far beyond the timekeeping because it gets into even political international political decisions because the actual decisions are made by government representatives that are at high levels, like people in the State Department," McCarthy said.

McCarthy says the conversation about getting rid of leap seconds has been ongoing for over 20 years.

NPR reports world timekeepers debated removing the leap second during an international meeting in 2012. Still, a decade later, the leap second problem remains, and some have taken matters into their own hands.

Engineers with Meta recently wrote a blog post calling for the leap second to be left "in the past." The engineers at Meta say they have been using a method known as "smearing" to spread a leap second throughout 17 hours.