Mesa teen students found safe after going missing, but a mother wants answers about how this happened

MESA, Ariz. - Three Mesa middle school students briefly went missing on the morning of Sept. 29 and by early morning the next day, police say they were safe and reunited with their families.

The incident caused questions within the Mesa community as to how the students, with "various mental disorders," went missing.

Christian Taylor, 14, and two 13 year-olds were at Rhodes Junior High School around 9:10 a.m. before being reported as missing. Authorities said they were thought to have left on foot.

At around 4:30 a.m. the next morning, Mesa Police tweeted the boys were safe, but no other details were revealed about where they were found and why they left school in the first place.

Taylor's mom, Jamie, says the students are supposed to have aides with them to prevent instances like this.

She says she didn't get a call back from the school until around five, hours after her son was missing. After this, she's worried about the safety of the other children with special needs.

"I couldn't eat or sleep," she said. "I just went kind of into find him mode, do whatever you can."

Taylor has autism, and Jamie says he ran away from school with the other teens, who police say also have special needs.

She last saw Taylor getting into the school bus.

Jamie then got a text from the school a little after 9 a.m. telling her he was missing. She says she filed a missing person report with Mesa Police around 11 a.m. and went out herself, with the other children's parents, to look for the kids.

"Reach out to whoever you can, whatever you can do to get his face out there. Just trying not to think about the worst," Jamie said.

According to Jamie, her son was supposed to have a one-on-one aide. He can't read or write, and has run away before. He's scared of the dark.

All night, Jamie says, she didn't know if he was dead or alive.

While she's relieved to have her son back, she's worried this could happen again.

"How can we ensure my child's safety at school? This has been an ongoing issue. Talking to the other parents, I've heard their kids have eloped off campus 2-3 times this year," she said. "So if you put that all together you're looking at like nine times."

FOX 10 reached out to the Mesa Public Schools district, and so far, we haven't heard back. 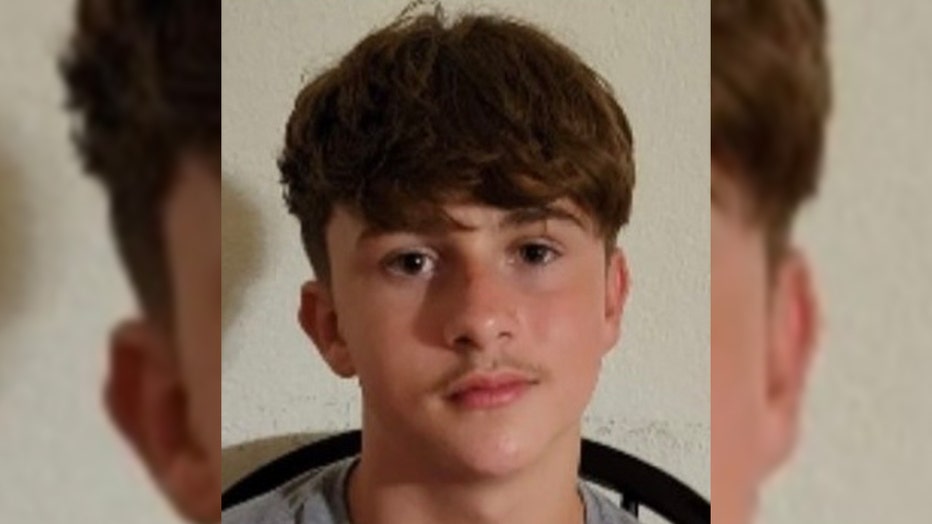