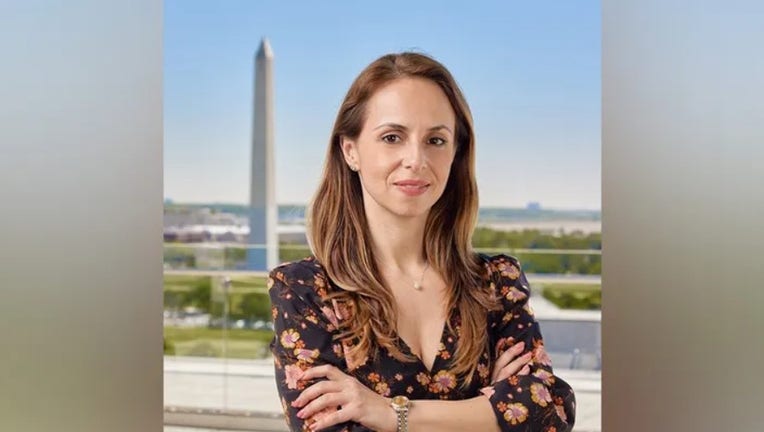 BELGRADE, Serbia - EXCLUSIVE: The Massachusetts real estate executive missing since Jan. 1 pleaded with her mother to travel from her home country of Serbia to visit just one week before she vanished, leading the now-concerned woman to believe that there were "problems" at home before her daughter's disappearance, she told Fox News Digital.

"She just said, ‘Please, mama. Come tomorrow,’" said Milanka Ljubicic, the mother of missing 39-year-old Ana Walshe, in an interview conducted on Monday and later translated to English. "Which means, that clearly, there must have been some problems."

Ljubicic, 69, spoke to Fox News Digital outside her Belgrade, Serbia, apartment building, where she recalled how her daughter had sent her a text message on Dec. 25 and requested that Ljubicic travel to see her in Washington, D.C. the next day.

"She texted in the evening, urging me to come the next day to Washington," she said. She recalled responding, "I can’t get myself together in one day. I am 69 years old, I have to get my medications and a thousand other things." 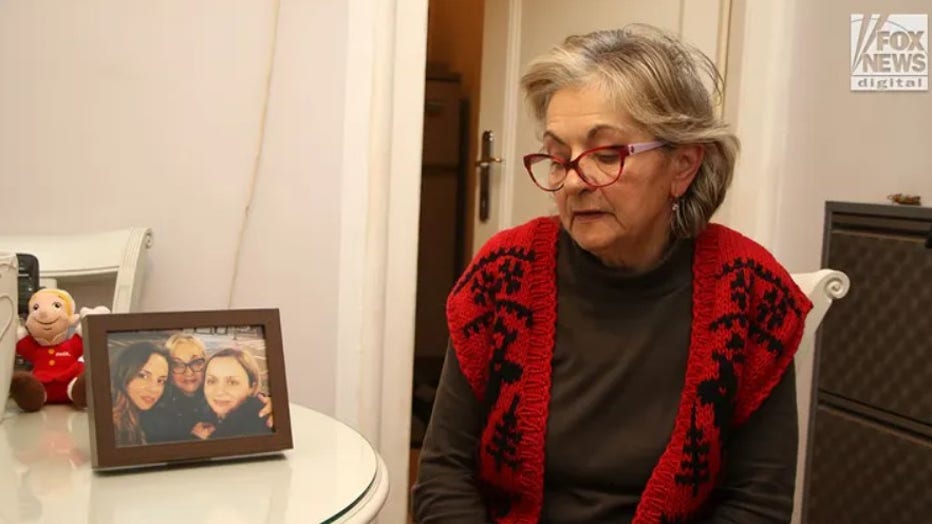 Milanka Ljubicic looks at a photo of her daughters, Ana and Aleksandra in her apartment in Belgrade, Serbia on Monday, January 9, 2023. Ljubicic's daughter, Ana Walshe is missing from her Cohasset, Massachusetts home, last seen on New Year's Day. (IV 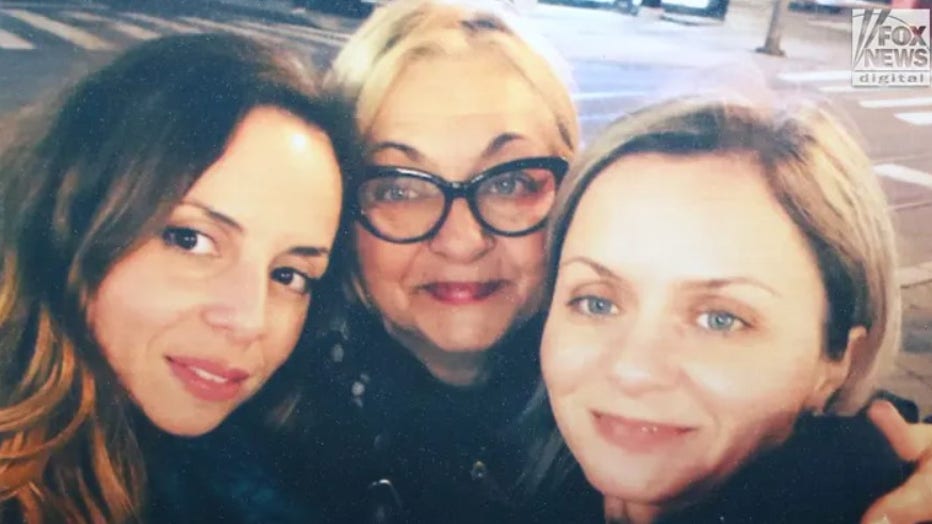 A copy of a photo of Milanka Ljubicic with her daughters, Ana and Aleksandra. Her daughter, Ana Walshe is missing from her Cohasset Massachusetts home, last seen on New Year's Day. (IV for Fox News Digital)

Ljubicic said she instead suggested she come the following day.

"And now I can’t forgive myself for not just letting things fall where they may, and just go, and whatever happens to me, happens."

When asked if Ana gave Ljubicic any reason behind the urgency, Ljubicic said no. 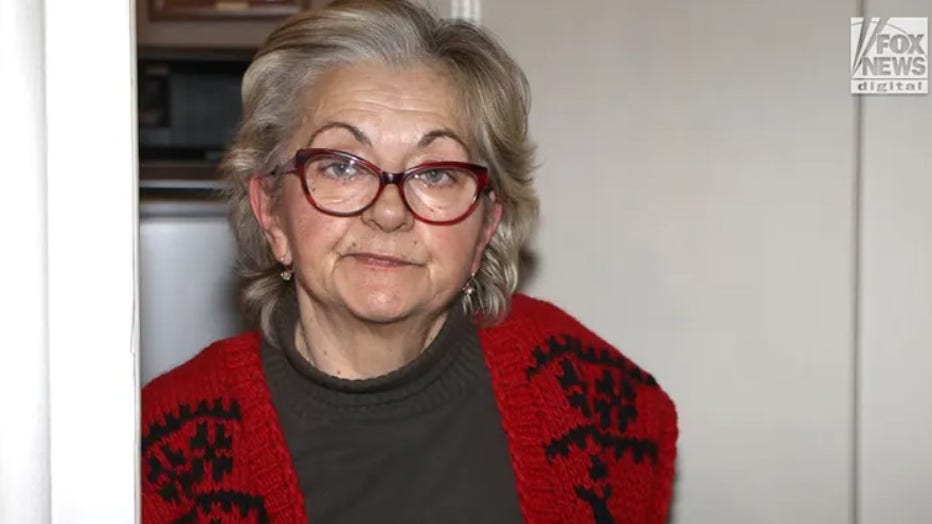 Milanka Ljubicic opens the door to her apartment in Belgrade, Serbia on Monday, January 9, 2023. (IV for Fox News Digital)

Ljubicic suggested to her daughter that she instead visit her on Jan. 5 or 6, but her daughter said she did not have to.

"She said, ‘You don’t’ have to come in January. Brian and I are making plans for February," Ljubicic recalled. 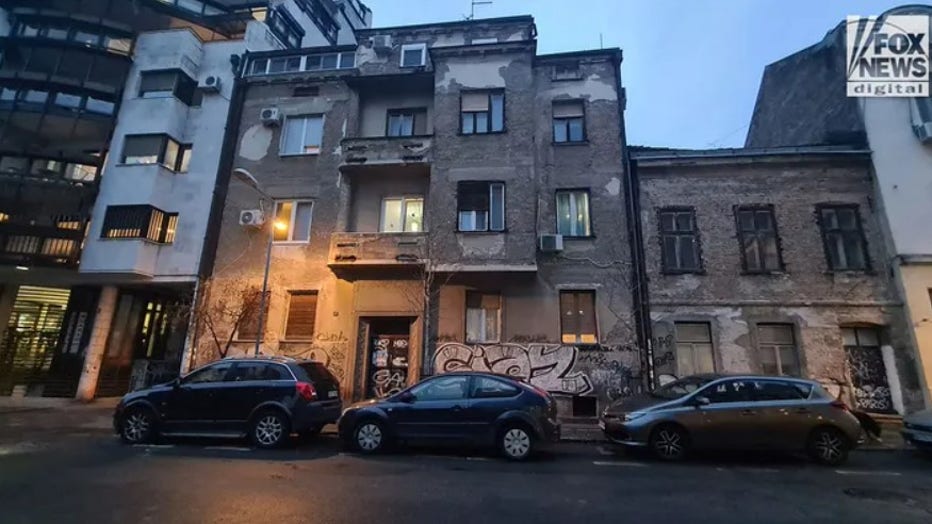 General view of an apartment building in Belgrade, Serbia, on Monday, January 9, 2023 which is the residence of Milanka Ljubicic. Ljubicic is the mother of Ana Walshe who has been reported missing in Cohasset, MA last seen on New Year's Day. (V for F 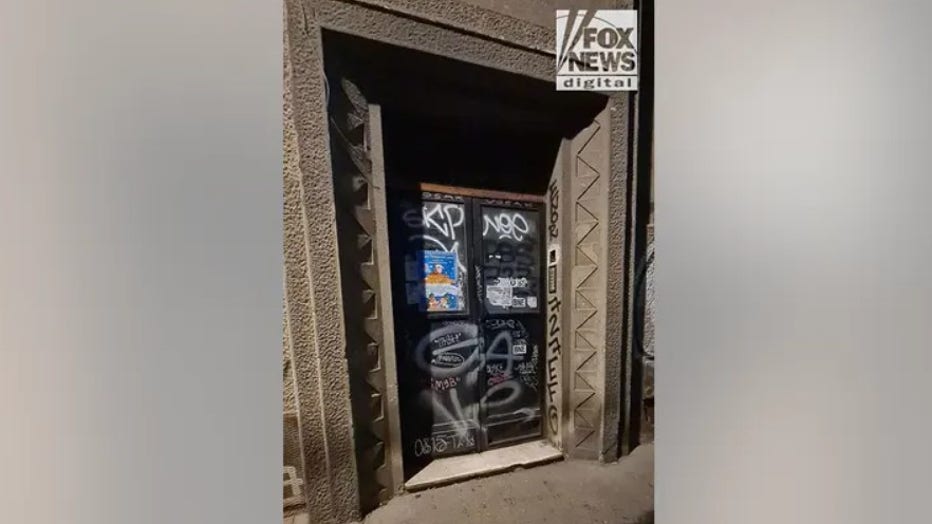 The entrance of an apartment building in Belgrade, Serbia, on Monday, January 9, 2023, which is the residence of Milanka Ljubicic. Ljubicic is the mother of Ana Walshe who has been reported missing in Cohasset, MA last seen on New Year's Day. (V for

The woman then missed her daughter’s call around midnight on Dec. 31, and another call shortly thereafter, Ljubicic went on.

"She called again at 1 a.m. and I missed that call too. She called her elder sister who was also asleep. Then she tried to call her maid-of-honor who didn’t hear the phone because of the loud music," she said. "And now, I regret not getting the phone, because she’s disappeared."

Walshe, a mother of three young boys, was last seen on the early morning hours of Jan. 1, when she was supposed to take a ride-share service to a local airport to board a flight bound for Washington, D.C.

The Tishman Speyer real estate executive was previously scheduled to depart for D.C. on Jan. 3, but said there was an emergency that required she fly there earlier than expected.

Her company reported her missing to police on Jan. 4, after, according to Brian Walshe’s defense attorney, he had contacted the firm asking about Ana’s whereabouts. 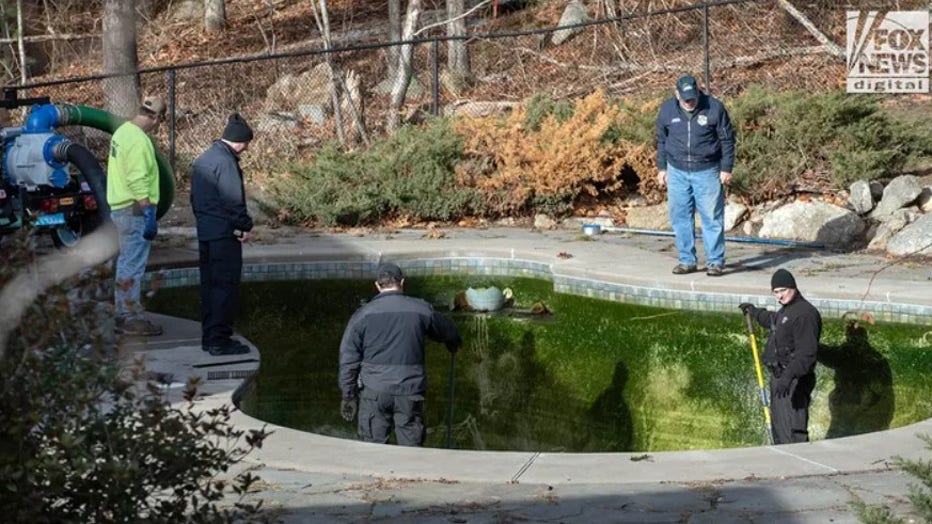 Individuals could be seen draining the pool at Ana Walshe's home; Walshe has been missing since New Year's Day. (David McGlynn for Fox News Digital)

But in the days between Ana’s disappearance and the missing person’s report, Brian Walshe allegedly lied about his own whereabouts. Investigators said Walshe not only told investigators he traveled to stores, such as CVS and Whole Foods, where he might not have, but he neglected to mention that he spent about $450 in cash buying cleaning supplies from a Rockland, Massachusetts, Home Depot store.

According to court documents and officials, Walshe was spotted on surveillance video "wearing a black surgical mask, blue surgical gloves and making a cash purchase" of items including mops, tape and drop cloths.

Investigators also discovered blood and a bloody, damaged knife in the basement of the couple’s home, and traced Ana’s cell phone to the area of the family’s Cohasset home on Jan. 1 and Jan. 2. Meanwhile, Brian’s cell phone pinged in other parts of Massachusetts, such as Brockton and Abington, despite his lack of permission to be in the areas under the terms of his home confinement.

Walshe was arrested on Sunday and charged with misleading a police investigation.

Police attributed the charge to Walshe's alleged "the intentional, willful, and direct responses to questions about his whereabouts on the days of Sunday, January 1, 2023 and Monday, January 2, 2023," which they called, "a clear attempt to mislead and delay investigators."

Walshe’s defense attorney, Tracey Miner, argued that her client was otherwise forthcoming with authorities, but neglected to mention his trip to Home Depot. She noted that he had been "incredibly cooperative." 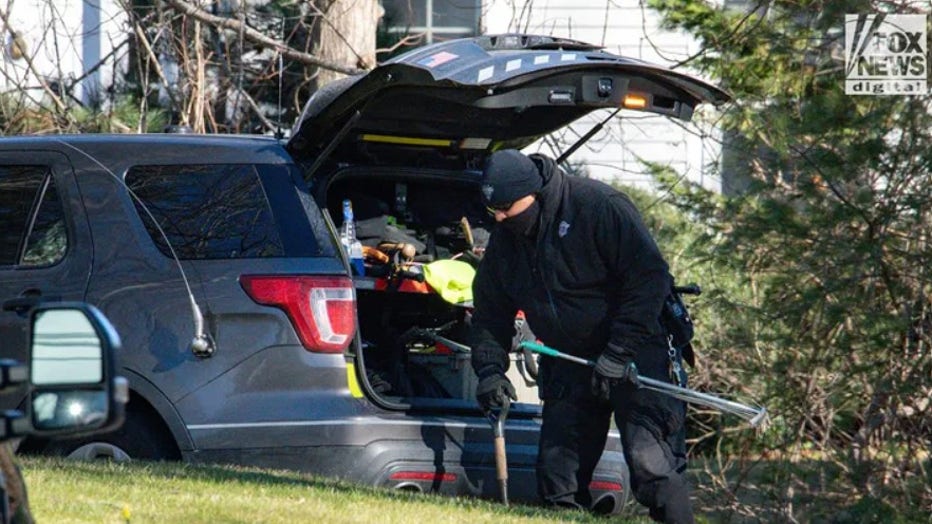 Asked about Brian Walshe, Ljubicic described how her daughter was, at times, "irritated" because of the limitations Ana faced as a result of her husband’s pre-sentencing home confinement, such as how she "had to work in Washington living in a house by herself, while he was at home with the three kids."

"From time to time [Brian’s] mom would help out. It’s possible that there was a disagreement over this and then during New Year’s Eve," she went on, "You have a few drinks and loosen up etc." 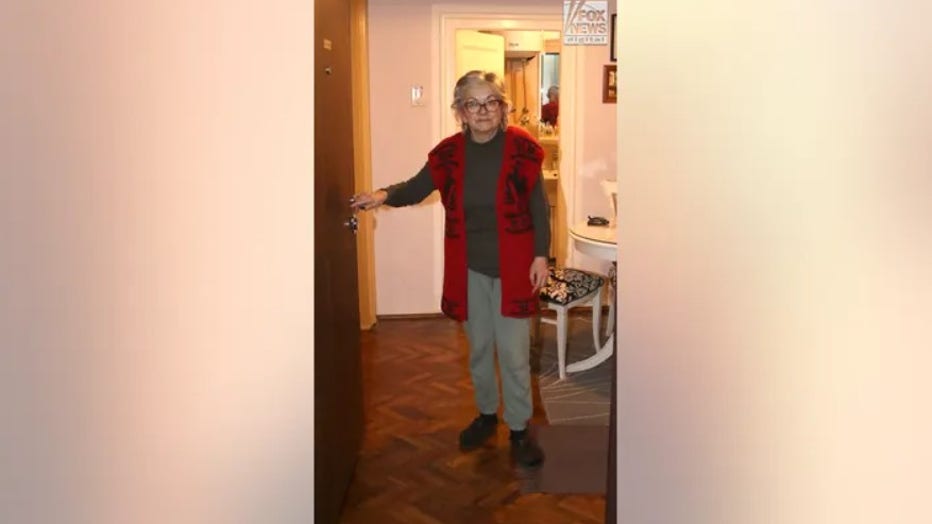 Milanka Ljubicic opens the door to her apartment in Belgrade, Serbia on Monday, January 9, 2023. Ljubicic is the mother of missing Massachusetts mother, Ana Walshe. (IV for Fox News Digital)

But Ljubicic added: "That anything happened, I can’t believe it. In total, I spent sixteen months with my son-in-law and I never noticed anything bad about my son-in-law."

Ljubicic said her daughter "loves him, and they love each other."

"I cannot believe that he’d ever have done anything to her," she said. "He said to the police that everything with Ana was fine."

Ljubicic said she last saw her daughter when she visited Belgrade at the end of November. She stayed for 10 days.

"I couldn’t believe it, that something like this would happen to me," she said. "I just have just one wish, and that is that my daughter is alive."