MLB lockout: What it could mean for Spring Training in Arizona

The MLB has transitioned to a twilight zone with the lockout going into effect on Wednesday night. Last night, the MLB officially locked out the players for the first time since 1990 after an agreement could not be made on a new collective bargaining agreement (CBA). A quick scan of the MLB’s official website, MLB.com, sees a complete wipeout of any articles, photos or mentions of current players. They’ve been replaced with videos and statements from MLB commissioner Rob Manfred and tons of coverage of ongoing Hall of Fame voting.

NEW YORK - Drug testing in Major League Baseball has stopped, a casualty of the sport’s lockout that started Dec. 2.

Testing for steroids was halted for the first time in nearly 20 years due to the expiration of the sport’s drug agreement between management and the players' association, two people familiar with the sport’s Joint Drug Program told The Associated Press. The people spoke on condition of anonymity Monday because no public announcement was made.

When they negotiated the 2017-21 drug agreement, the sides included a provision that states "the termination date and time of the program shall be 11:59 p.m. ET on Dec. 1, 2021." That matched the expiration of the five-year labor contract.

"It should be a major concern to all those who value fair play," Travis Tygart, chief executive officer of the U.S. Anti-Doping Agency, said Monday.

MLB and the union declined comment on the halt. 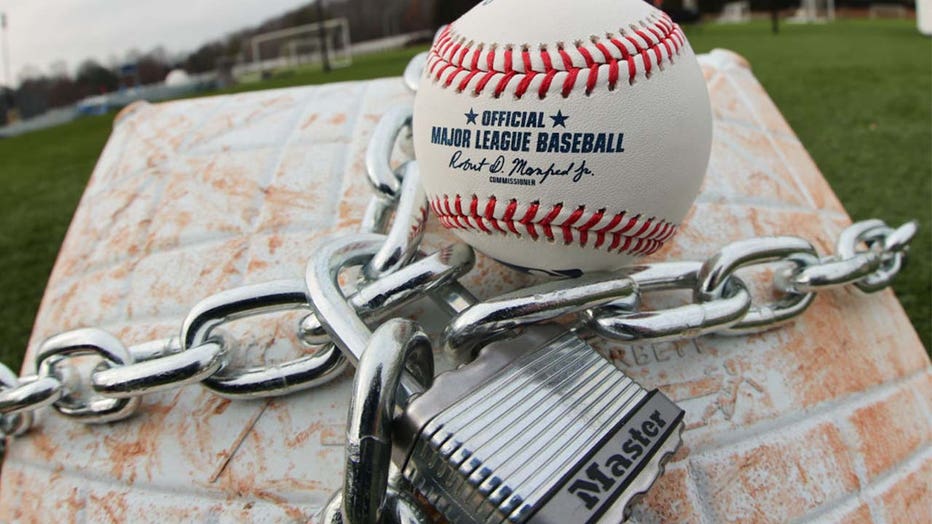 Just last month, Barry Bonds and Roger Clemens were denied election to the Hall of Fame by baseball writers over suspicions of PEDs use. Manny Ramirez and Alex Rodriguez, who both served drug suspensions, fell well short in voting.

"If it’s just a simple matter of agreeing to it," Tygart said, "you would have hoped they would have been able to get that figured out, so that when the game does restart, you don’t have questions hanging over individual players based on size, speed, batting percentage, home run numbers, whatever it may be, that people are going to call into question again."

MLB and the union conducted 47,973 tests from 2017-21, including 7,327 during offseasons, according to a report in November from Thomas M. Martin, the independent program administrator.

Absent fear of detection, it is hard to predict whether some players will attempt to use PEDs in the period before a new collective bargaining agreement is in place along with a restoration of the drug-testing program.

"You could easily do what the cyclists were doing even in a good testing program, which was microdosing of testosterone," Tygart said. "You can do testosterone gels or oral pills that could be out of your system and you can do more in maybe weeks."

Baseball reached its first joint drug agreement in late 2002, a deal calling for survey testing in 2003.

Urine testing for PEDs with penalties for violations began in 2004 under a series of a repeatedly tightened drug agreements. Testing for banned amphetamines started in 2006, and in 2012 blood testing for Human Growth Hormone began, though it was suspended last year due to the coronavirus pandemic.

In December 2007, former Senate Majority Leader George Mitchell issued a report commissioned by MLB that implicated 85 players in PEDs use, including seven MVPs and 31 All-Stars. Many denied the allegations.

Baseball’s halt in testing was signaled to players in a "Work Stoppage Guide" created by the Major League Baseball Players Association and distributed to its members, a copy of which was obtained by the AP.

"Will Joint Drug Agreement (JDA) testing be administered during a work stoppage?" read a heading on page 19.

"Based on past precedent in the NFL and NHL, it is unlikely that MLB can administer JDA testing during a work stoppage," the guide said.

On another topic, the union thinks players may sign to play with teams in Japan and South Korea during the lockout, a prospect that might become more attractive as the stoppage increasingly threatens opening day on March 31.

"The PA would challenge any attempts by MLB to interfere with players who choose to participate in a foreign league during a lockout," the guide said. "During the 2004-05 work stoppage, a large number of NHL players chose to play internationally."

In a sign of a potential grievance should the lockout extend into the regular season and cost players pay, the guide states: "The PA will take the position, consistent with other sports unions in prior lockouts, that a player who is injured and unable to play at the time of the lockout must receive his pay and access to rehab until he is medically cleared."

Teams cut off access to club medical staff and facilities when the lockout started. The union has arranged for training facilities for players.

The sides remain far apart on terms for a deal. Owners meet from Tuesday to Thursday in Orlando, Florida, and union staff will meet with players in Arizona and then Florida this week.

"I have spoken to both the MLBPA and MLB about the ongoing contract negotiations and encourage both sides to continue engagement," Walsh said in a statement, first reported by Politico. "Like any contract negotiation in any industry, I stand ready to help facilitate productive conversations that result in the best outcome for workers and employers."

Players blame owners for instituting the lockout. The guide acknowledges what Commissioner Rob Manfred has said, that MLB thinks the timing of a lockout that starts during the offseason is more beneficial to clubs that a late-season strike, such as the August walkout in 1994.

"In recent years, work stoppages in other pro sports (NFL, NHL, NBA) have all been lockouts," the guide said. "Ultimately, owners would prefer to choose the timing of a work stoppage and attempt to do so when it is most advantageous to them. Management does not want players to have the opportunity to go on strike during the middle of the season, or in advance of the playoffs, when it would be most damaging to the clubs."

The guide says health benefits for players who were on 40-man rosters at any point during the 2021 season will have coverage until the 2022 season is scheduled to start. At that point, "the PA will ensure your health coverage remains intact."

The union has started making $5,000 stipends available to players from money it has saved. The guide points to similar types of payments in the past but points out "even if the executive board authorizes financial assistance to players, be aware that the amount of any assistance will be far less than the player’s contract salary."