FOX 10's Anita Roman has the latest after a fast-moving monsoon storm swept through the Valley, causing flooding on Phoenix-area freeways.

PHOENIX - Another round of monsoon storms has arrived to the Phoenix area, causing flooded freeways and power outages across the Valley.

Drivers saw major flooding on Interstate 17, causing major backups for about an hour in the area. The water has since been cleared out.

Taylor Daml shared this video of a palm tree on fire after it was struck by lightning during monsoon storms early Thursday morning.

Officials on Thursday morning urged passengers to check their flight status ahead of arriving at Phoenix Sky Harbor International Airport due to reported delays and cancellations caused by the storm.

Southwest Airlines workers said lightning struck a generator, causing a server to go down and delay dozens of the carrier’s flights for several hours.

APS says that around 4,000 to 5,000 people were without power Thursday due to the storm. Check if your area has been impacted: https://outagemap.aps.com/outageviewer/

An additional estimated 5,000 SRP customers also lost power, but electricity has since been restored to many of those homes. You can check their outage map here: https://myaccount.srpnet.com/power/myaccount/outages

Mostly sunny skies in the Valley with a high in the low-100s.

It'll be a tough morning commute for drivers across the Valley due to a fast-moving monsoon storm. FOX 10's Anita Roman has the latest. 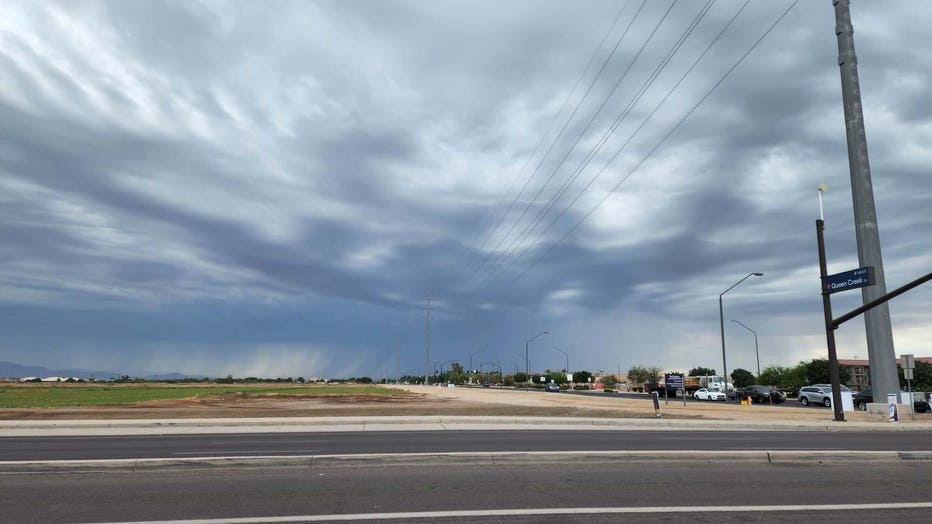