NEW YORK - In 2018, a Customs and Border Protection officer allegedly hit another asylum applicant so hard he was knocked unconscious and suffered brain swelling. In a separate account of misconduct, a US Border Patrol agent reportedly kneed a woman in the lower pelvis, leaving bruises and pain days later.

These are just a few examples of more than 160 reports, obtained by Human Rights Watch, detailing the alleged mistreatment that asylum seekers experienced from border patrol officers while in U.S. custody.

The 26-page report, "‘They Treat You Like You Are Worthless’: Internal DHS Reports of Abuses by US Border Officials," allegedly details internal reports made by asylum officers within U.S. Citizenship and Immigration Services about the conduct of personnel in the immigration enforcement arms of their same parent agency, the Department of Homeland Security (DHS).

Human Rights Watch obtained the documents after litigation under the Freedom of Information Act (FOIA), which include allegations of physical, sexual, and verbal abuse, due process violations, harsh detention conditions, denial of medical care and discriminatory treatment at or near the border. 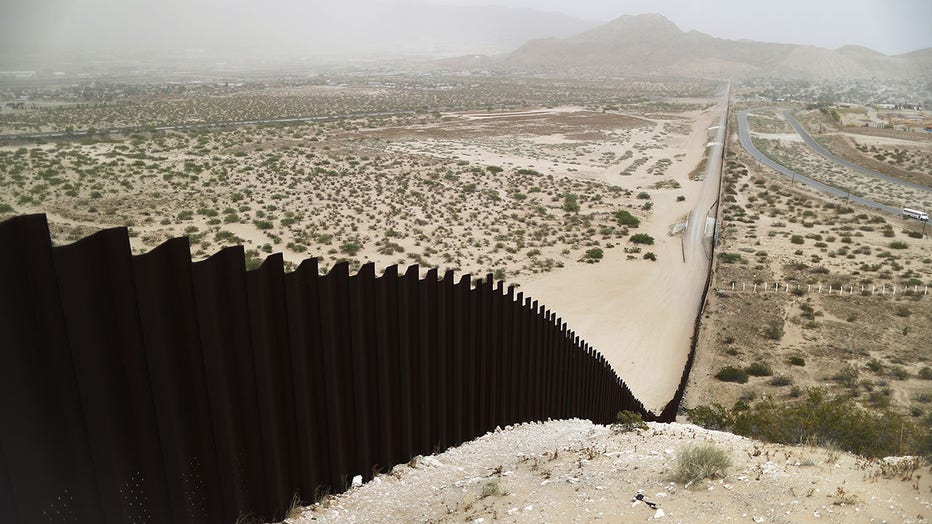 The border barrier between the U.S. (L) and Mexico runs down a hillside on May 20, 2019 as taken from Ciudad Juarez, Mexico. Approximately 1,000 migrants per day are being released by authorities in the El Paso sector of the U.S.-Mexico border amidst

"These internal DHS documents show that US government officials were reporting on other US government officials, specifically documenting cases in which border patrol agents and CBP officers had sexually assaulted children and adults, violently assaulted other migrants, held guns to their heads, called them offensive names like ‘parasites’ and ‘rats,’ denied them food, and violated US law by denying them the ability to have their asylum claims heard," Alison Parker, the manager director of Human Rights Watch, said in a statement to FOX Television Stations.

According to Human Rights Watch, in one example "the records show that a supervisor in the San Francisco Asylum Office communicated the following internally at DHS: ‘AO [asylum officer] [redacted] brought a serious matter to our attention just now: one of the applicants she interviewed today has a young child who was sexually molested by someone we believe to be a CBP or Border Patrol Officer. They were apprehended by Border Patrol, sent to the Ice Box [a border holding cell], then this occurred: the young girl was forced to undress and touched inappropriately by a guard in the Ice Box wearing green, with the nametag [redacted].’ The documents, which were produced in response to a request for records held by USCIS, do not record how DHS responded to these allegations."

Texas Congressman Tony Gonzales spoke at a make-shift camp formed under the Del Rio International Bridge in Del Rio, Texas, on Sept. 16 regarding the thousand of migrants gathered there.

A spokesperson with the CBP told FOX Television Stations the department "does not tolerate any form of abuse or misconduct" but did not comment specifically on the internal report.

"In the eight months that the Secretary has been in office, the Department has, among other strong measures, commenced an internal review to identify and terminate intolerable prejudice and reform its policies and training, commenced an internal review of use of force, increased the number of personnel in the Office for Civil Rights and Civil Liberties, and issued numerous memoranda that underscore the need to respect the dignity of every individual, fight against discrimination, and safeguard civil rights and civil liberties," the spokesperson wrote.

This comes on the heels of a separate investigation into recent footage of Border Patrol agents on horseback rounding up migrants trying to cross the southern border.

U.S. Department of Homeland Security Sec. Alejandro Mayorkas said in September the images "horrified" him, but he stopped short of calling the new influx of migrants there a crisis.

"Border officials have a difficult job, but there is never any excuse for the truly horrific violence and abusive treatment some have subjected asylum applicants to at the US-Mexico border. The US Congress, and Executive Branch officials with investigatory and accountability responsibilities need to do their jobs and ensure that US agencies operating at the border like CBP are reformed and held accountable," Parker continued.

The latest increase in migration at the border has prompted Republicans to renew attacks on Democrats for what they say is a failure to address a crisis at the U.S. border.

Last week, President Joe Biden's nominee to lead U.S. Customs and Border Protection faced tough questions from a Senate committee about how he would handle the southern border during a confirmation hearing to be the next commissioner of the CBP agency.

Tucson Police Chief Chris Magnus told senators on Oct. 19 that he would seek to balance border security with humane treatment of migrants.

"The bottom line still remains that first and foremost, we need to enforce the law, and secondly, we need to have a process that is human and efficient so that we can deal with those who are coming across the border, whether it be to seek asylum or for other purposes," Magnus said.

The White House did not immediately respond to FOX TV Stations’ request for comment.