PHOENIX - Police are searching for an unknown suspect after a man was shot dead at a Motel 6 in north Phoenix early Wednesday morning.

When officers arrived, they found an unidentified man with a gunshot wound who died at the scene.

Investigators are still trying to figure out what led to the shooting. They have not found a suspect, and the investigation is ongoing. 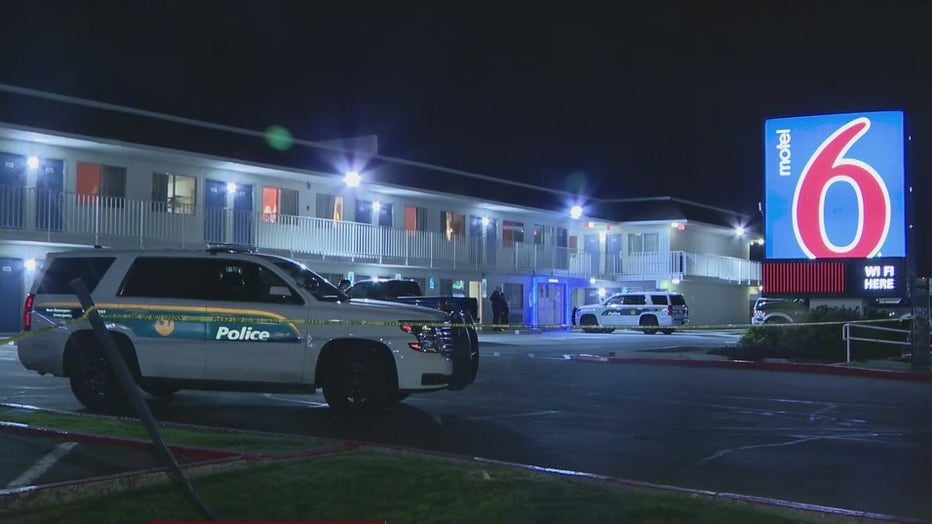 A homicide investigation at a Motel 6 in Phoenix.