FBI arrests Arizona man who refused to give up live grenade: sheriff

Mark Blake allegedly refused to give up the live grenade, saying he would just make another one if it was seized by authorities.

SNOWFLAKE, Ariz. - A man in the town of Snowflake is in FBI custody after a live grenade was found in his RV.

According to sheriff’s officials, they received a call Jan. 2 about a possible explosive device at Blake's home.

They spoke to Blake, who admitted to possessing a live grenade. He then threatened to make another one if they seized it. 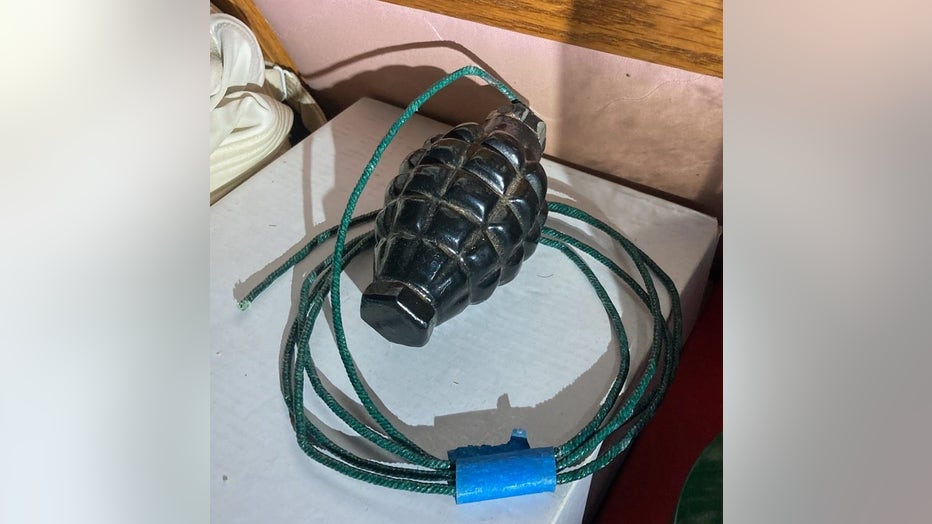 Sheriff’s deputies returned the next day with a search warrant. They found the grenade, which was properly disposed of by state Department of Public Safety bomb technicians.

A federal arrest warrant was issued for Blake Thursday. He surrendered to the FBI without incident.