Police are investigating a deadly shooting in a neighborhood near Kyrene and Ray roads in Chandler.

CHANDLER, Ariz. - Chandler police have made in arrest in connection to the shooting death of a man at a home near Dustin Lane and Gary Drive on Jan. 11.

Officers say a shooting was reported just before 7 p.m. on Jan. 11. Police discovered a man in his 20s who had been shot multiple times in his driveway, and he later died from his injuries.

The man's name was not released. The shooting was an isolated incident, and there is no danger to the public, police say.

An investigation linked 32-year-old Antwan Andrews to the man's murder. The victim's girlfriend had reportedly overheard a conversation about a man named Antwan coming from Minnesota in a black SUV earlier that morning.

Court documents revealed that the victim and Andrews had been housed together at a Minnesota prison, and that a car matching the suspect's vehicle description was at the home a day before the murder.

Security camera footage and photos of the suspect's vehicle taken by witnesses reportedly matched Andrews' description. Police say his car was found near Interstate 17 and Dunlap on Jan. 15 after witnesses reported a "suspicious vehicle" that was full of bullet holes in the windshield.

Andrews was arrested the next day on a trespass call in Phoenix. He faces a conspiracy to commit first-degree murder charge. 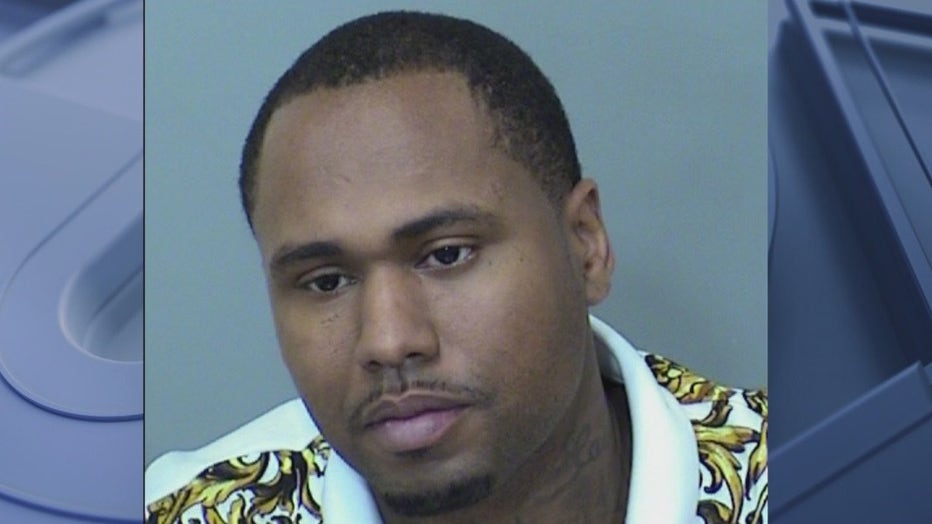