During a media briefing to update the status of NASA's Artemis I launch status on Tuesday, it was announced the relaunch date has been rescheduled for Saturday, Sept. 4 to give engineers time to address leakage issues.

NASA’s massive moon rocket is on Launch Pad 39B at Kennedy Space Center, awaiting its maiden voyage, sending the uncrewed Orion spacecraft around the moon.

Artemis I mission managers announced Tuesday that teams are preparing for a second attempt to launch the Space Launch System rocket during a 120-minute window opening at 2:17 p.m. on Saturday, Sept. 3.

NASA Artemis mission manager Mike Sarafin said the decision to move forward happened after reviewing the data following the first Artemis I launch attempt on Monday that ended in a scrub. Several technical issues popped up while the SLS was being fueled with 700,000 gallons of cryogenic propellant during Monday's countdown.

WHAT IS NASA'S ARTEMIS 1 MISSION GOING TO DO? 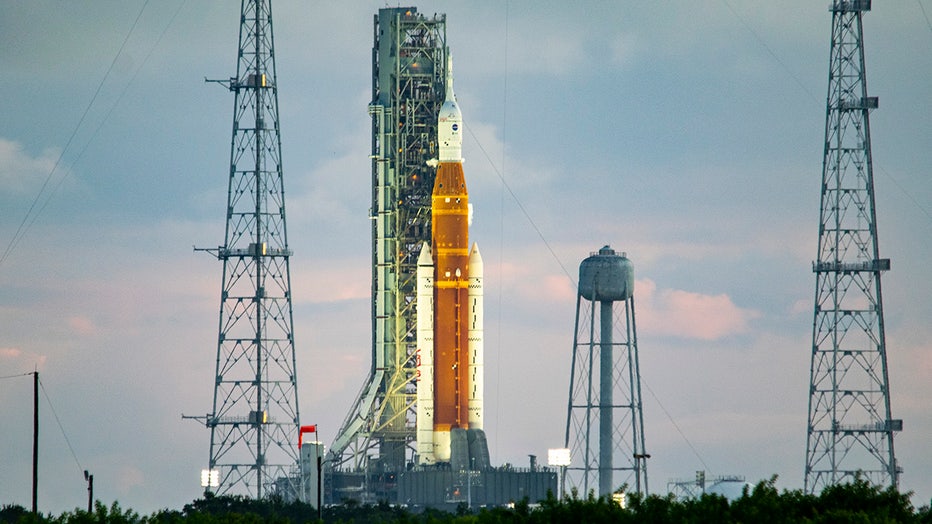 After a lightning delay, Launch Director Charlie Blackwell-Thompson gave the "go" to begin fueling the SLS on Monday around 1 a.m. Several potential hydrogen leak issues cropped up during the countdown, but ultimately it was the engine temperature that caused the launch director to scrub the liftoff attempt just after 8:30 a.m. Monday.

"What held us up on our attempt on Monday was the fact that we got a late start due to the weather, and so then our tanking timeline pushed into the window, and then we had a technical problem that to resolve that technical problem required more time than what we had in the window remaining," Blackwell-Thompson said.

The technical issue was not the engine hardware, but the bleed system used to get the rocket engine to a very cold temperature. Engines 1, 2 and 4 were close to temperature, but engine 3 was not. This could be caused by a hydrogen leak or a sensor error, NASA managers said Tuesday. The SLS is fueled with liquid hydrogen, a tiny molecule that also created problems for the space shuttle program.

RELATED: These recycled space shuttle parts are now powering Artemis I to space

SLS program manager John Honeycutt said the four RS-25 engines on the SLS core stage should be chilled to minus 420 degrees Fahrenheit and engine 3 was about 30 to 40 degrees from hitting that mark. Engines 1, 2 and 4 were at minutes 410, so technically, none of the engines were at temperature.

Like race cars that won't go out on the racetrack without warming up, Honeycutt said rocket engines also need to be conditioned for the cold.

"What you want to do in a rocket engine system that uses hydrogen as a fuel and oxygen as an oxidizer is you want to need to establish a way to make sure you chill down the engines," Honeycutt said. "The way we do that is we send liquid hydrogen out of the hydrogen tank to each individual engine. It has its own bleed system, which is used to take the heat out of the engine as we chill it down." 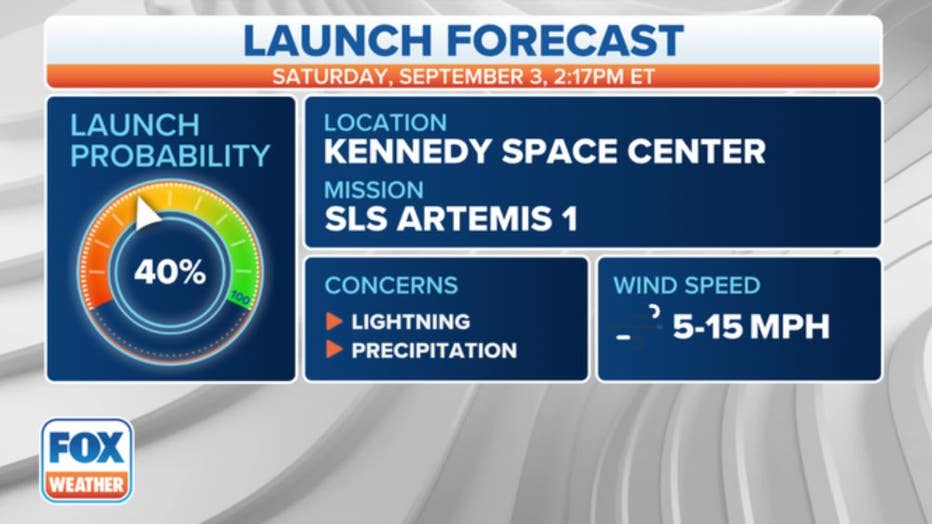 More than 100,000 are estimated to have traveled to the Space Coast to watch the Artemis I launch. Popular launch viewing spots in Titusville were packed by Sunday night with people camping out, and traffic into the Kennedy Space Center Visitor Complex was at a full stop around 2:30 a.m.

HOW TO WATCH THE ARTEMIS 1 LAUNCH

With the launch slated to happen over Labor Day weekend, those tourism numbers should top 200,000.

Showers and thunderstorms could be a problem for Saturday's launch window, but Launch Weather Officer Mark Berger said he remained "optimistic." The forecast shows a 40% chance of favorable launch weather.

If weather scrubs the launch, Blackwell-Thompson said they could try again on Monday evening.

If NASA's plan for an earlier engine chill does not work on Saturday, the SLS may need to roll back into the Vehicle Assembly Building for repairs.

NASA’s goal is to return humans to the moon by 2025. For that to happen, the SLS and Orion need to launch without astronauts on a maiden voyage to ensure the Orion can safely carry humans as soon as next year.