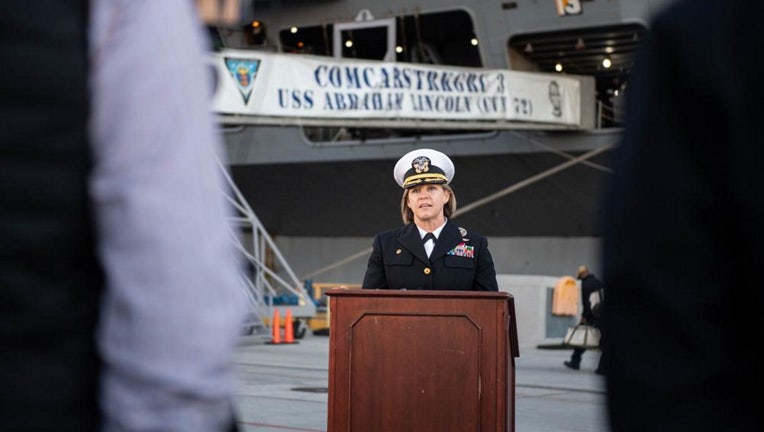 SAN DIEGO - The USS Abraham Lincoln deployed this week from San Diego under the command of Capt. Amy Bauernschmidt, the first woman to lead a nuclear carrier in U.S. Navy history.

Bauernschmidt, who previously served as the Abraham Lincoln's executive officer from 2016 to 2019, took over command from Capt. Walt Slaughter during a ceremony last August, CBS 8 in San Diego reported.

"There is no more humbling sense of responsibility than to know you are entrusted with the care of the people who have chosen to protect our nation," Bauernschmidt said, according to a Navy news release. "Thank you, Capt. Slaughter, for turning over the finest ship in the fleet."

She has completed more than 3,000 flight hours during her career, the news station reported.

RELATED: 56 years later, Vietnam War veteran gets to thank the man who saved him

The strike group is deploying with what the Navy is touting as its "most advanced air wing" and is heading to the Indo-Pacific region.