During his Congressional address, President Biden highlighted the conviction of George Floyd's murderer ad how Americans need to come together to root out system racism and bend the moral arc towards justice.

NEW ORLEANS - They were only 6 years old, aware of the tumult going on about them but not completely understanding the importance of what they were doing.

"I was just afraid. I didn't know what was going on and what they were thinking," Gail Etienne said of the angry crowds on the day, 61 years ago, when she was escorted into McDonogh 19 elementary school in New Orleans. She was one of four first-graders integrating the city's public schools amid protests from angry white mobs.

"I just knew I was going to a new school," she said following a news conference kicking off a weekend of events heralding the "New Orleans Four" — Etienne, Leona Tate and Tessie Prevost, who entered the previously all white McDonogh 19 on Nov. 14, 1960; and Ruby Bridges, who that same day was escorted into William Frantz Elementary in New Orleans, a moment made famous in a Norman Rockwell painting.

The activities come a year after the city honored the four on the 60th anniversary, but without a major public celebration because of COVID-19 restrictions. 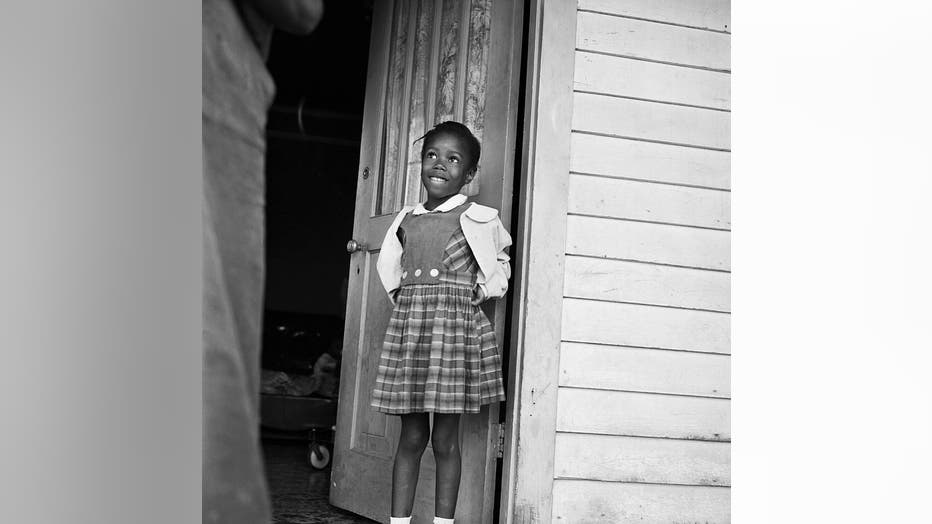 In a ceremony held Sunday outside McDonogh school, the screams and hate of 61 years ago were replaced with cheering crowds and expressions of gratitude. The building, badly damaged in 2005 when Hurricane Katrina struck, is now being developed into the Tate Etienne Prevost Center, a civil rights museum.

The ceremony began with U.S. marshals escorting Etienne, Tate and Prevost to the school just as they did 61 years ago. Three young African American girls walked with them. Marshals placed a wreath of flowers at the school and the ceremony concluded with the singing of "Lift Every Voice and Sing."

Tate, on Friday, said she didn't know what to make of the crowds when she approached the school as a child. Reared in a city famous for its Mardi Gras processions, she wondered if a parade was on the way.

"That's what it looked like," she said. "All I could see was police on horseback, holding the crowd back. And that's the only thing I could relate to."

Prevost remembers keeping eyes forward that day. "I really didn't see the crowd," she recalled. "I could hear them. When my daddy and I got out of the car, he just told me to take his hand and look forward."

The three remember being the only students at McDonogh after white parents withdrew their children. And they became more aware of the significance as they grew older — becoming among the first black students at junior high and high schools.

Prevost credits a high school American History teacher with helping her realize the full significance of what she had done when he assigned her to research and teach a lesson on Brown v. the Board of Education, the 1954 Supreme Court case that led to school integration. It was then that she realized that "we had a part of history that changed the state, the city. Not only that but this country. It made an impact on the country. On the world, really."

It was a conversation with a high school gym teacher that brought home the legacy to Tate. "She said, ‘I’m reading a book, and you're in it.' And that's when I started to think about how important what we had done was."

Events also included a Friday night private screening of a video production described as a tribute to the four women and a special Sunday service at New Orleans’ Abundant Life Tabernacle.

Ted Jackson contributed to this report from New Orleans.