Loved ones mourn death of boy who drowned in Maryvale canal

PHOENIX - Family members held a candlelight vigil for a 3-year-old boy who drowned in a canal in Maryvale on Sunday.

Balloons, flowers and toys are piled up next the the canal where a witness found little Anthony Tolano in the water.

The tragedy happened near 55th Avenue and Osborn on May 23 after the 3-year-old went missing from his home.

Family looked everywhere with him, not knowing where he wandered off.

"We were running around the house, looking for him all over the house, he liked to hide under the blankets, and we wouldn’t see him until we touched the blankets," said grandmother Dora Alvarez Tolano.

Anthony's grandmother tried to look in her grandson's usual hiding spots, but the 3-year-old was nowhere to be found.

"My heart told me something then - at that moment, I heard when the ambulance was coming," Alvarez Tolano said. "I grabbed my car and followed, and then I saw my baby drown."

In the Grand Canal, just 800 feet away from his home, fire responders pulled Anthony out of the water. He was rushed to the hospital where he later died. 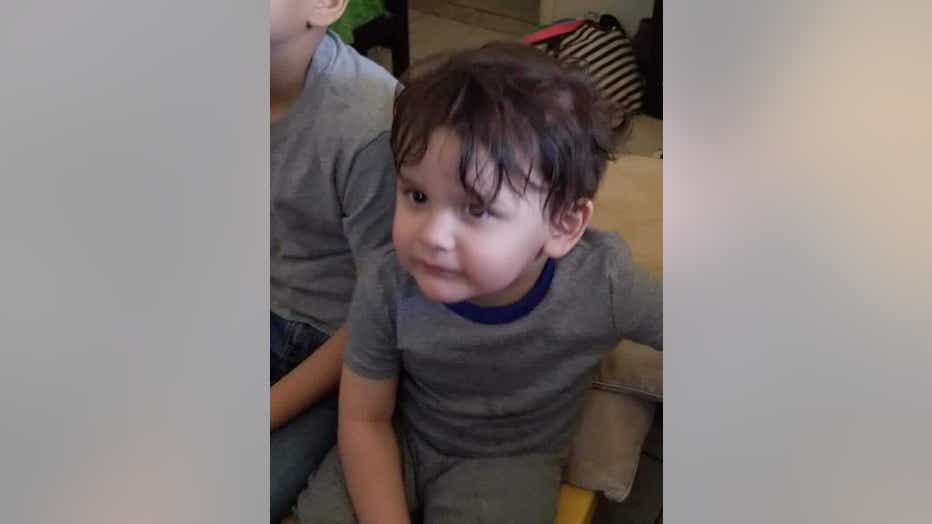 Anthony's grandmother says the boy must have left the house through the back door, but how he got out of the backyard is a mystery.

The entire family is heartbroken.

Andrew Tolano says he bought his cousin Anthony some food on Sunday, cherishing the moments they shared.

"He was loving, he loved his family a lot, it’s sad that he had to go out like that," Andrew said. "Beautiful child."

Dozens came together to support the Tolano family, specifically Anthony's father, who held his son's blanket. A sense of comfort through the pain.

"Hopefully this will never happen again and we could all learn one thing…it’s not about what happened and how it happened, it’s about what's afterwards," said family Friend Rosa Galope. "What are we gonna do afterwards for this family?"

This incident marks the second water submersion incident involving a child on May 23. Another incident, which took place in Tempe, sent a girl to the hospital.

A GoFundMe has been created for the boy's funeral services.

Related: Tempe Fire: Girl taken to hospital after near drowning