Washington family devastated after son was shot and killed in Phoenix

24-year-old Thomas DeJohnette played indoor football and coached youth football in Washington state. He was working to be a sales rep for a sports equipment company when he was shot and killed in Phoenix. FOX 10's Justin Lum reports.

PHOENIX - The family of a man shot killed while on a trip to Arizona is pleading for the public's help.

At around 2:00 a.m. on Feb. 21, Phoenix Police officials say officers responded to a shooting outside of a nightclub near 51st Street and Washington. At the scene, officers found 24-year-old Thomas DeJohnette on the ground and unresponsive. He was pronounced dead at the hospital. The medical examiner located a bullet in DeJohnette's stomach during the autopsy.

"We just didn't know what had happened," said Theo Hall, President and Owner of the Wenatchee Valley Skyhawks indoor football team in Washington state. "Like, Tommy? Like what?"

DeJohnette, who was from Washington, played indoor football and coached youth football.

So far, police officials say they have no leads to a suspect. Meanwhile, DeJohnette's family is devastated. His parents never thought they would have to bring him back home for his funeral.

"It's not a call anybody wants to get. No one," said DeJohnette's father, Carl Curenton.

DeJohnette's mother, Tracey Curenton, spoke with him as he headed to Phoenix for the weekend, working to be a sales rep for a sports equipment company.

"He told me he loved me when we hung up the phone, as he always did, and that was, like, three days before his passing was the last time I talked to him," said Tracey.

"It's not one thing you can say," said Carl. "This is the most important thing about him. What's the most you'll miss about him, 'cause all of it goes hand in hand."

Hall said he say in DeJohnette an ambitious, young man with talent.

Loved ones say DeJohnette was with people he knew that night, and they are confused about what led up to his death. They do, however, have a message for the suspect.

You need to do the right thing, and turn yourself in and get justice for my son.

Put yourselves in our shoes. How would you feel if this was your child? 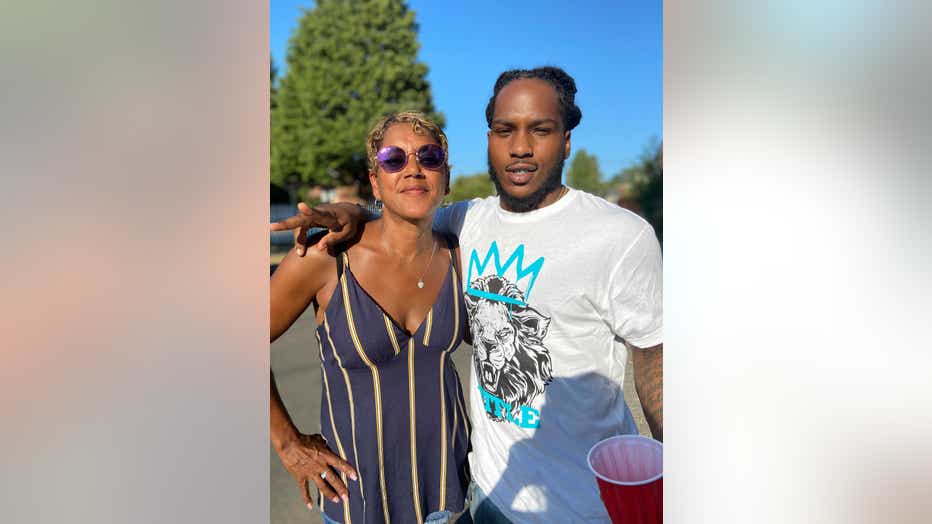