STANFIELD, Ariz. - The Pinal County Sheriff's Office has arrested three teenagers in connection with the murder of a 16-year-old boy.

On Sept. 10, PCSO announced the arrests of Genaro Acosta, 16, Benjamin Villa, 15, and Emilio Acosta, 14. Police say the victim, Isaac Rosales, was found after deputies responded to a call of shots fired on Sept. 1 at a home on Baylor Way in Stanfield, west of Casa Grande.

Rosales later died at the hospital.

PCSO says all three suspects were remanded to adult court and are accused of first-degree murder. 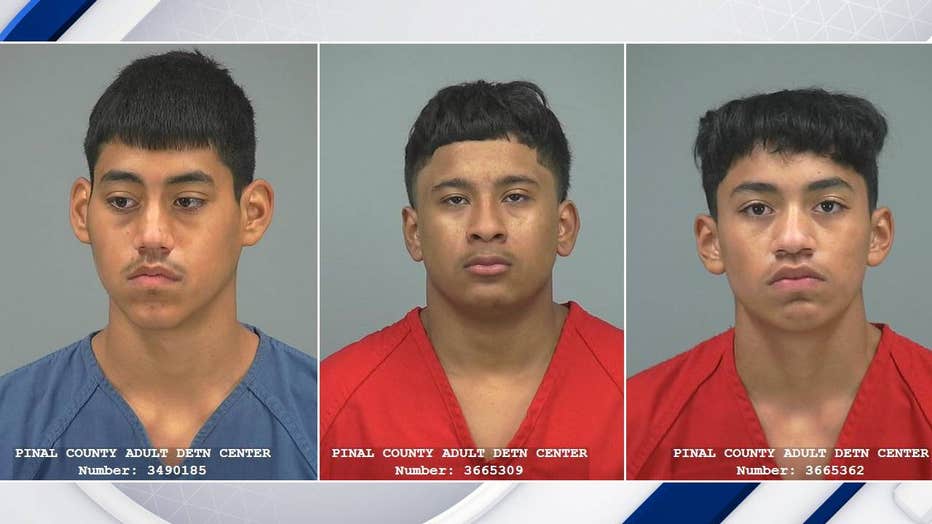