The suspect, according to court documents, is a 40-year-old who is allegedly in the United States illegally.

TEMPE, Ariz. - Police have arrested a man after they say a bicyclist died after being hit by a truck in Tempe and dragged for "several hundred feet."

According to Tempe Police, a 41-year-old woman was riding her bicycle near Mill Avenue and Baseline Road just after 7:30 p.m. on April 2 when she was hit by a full-size Nissan Titan pickup truck that was pulling a trailer.

"There was a truck and a landscape-type trailer that was turning left from Mill to Baseline, and it was at that time when the driver collided with a cyclist that was trying to cross on marked crosswalk," said Sgt. Steven Carbajal with the Tempe Police Department.

According to Sgt. Carbajal, the female victim was dragged several hundred feet before the suspect took off.

Just after 1 a.m. on Saturday, officers located the driver of the truck at his home, identified as 40-year-old Raul Meza Portillo. The truck in question in the driveway, with visible front end damage and paint from the victim's bike. 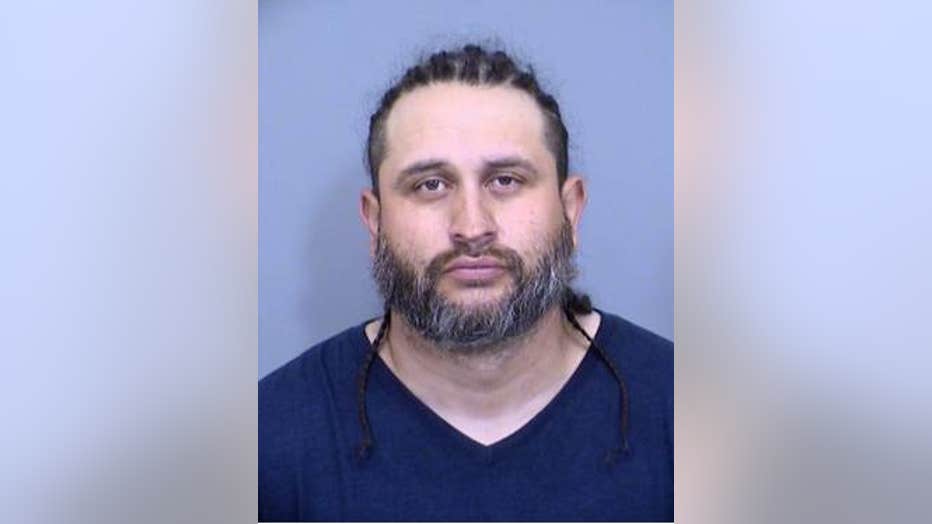 Investigators say the suspect admitted to being the only person driving the truck, and admitting that he consumed a handful of beers.

Court documents say he had watery eyes, alcohol odor, and slurred speech. The paperwork also says the suspect is in the United States illegally, with the potential of leaving the county to go to Mexico.

Portillo was arrested and booked into jail. He is accused of second-degree murder and hit-and-run resulting in death.