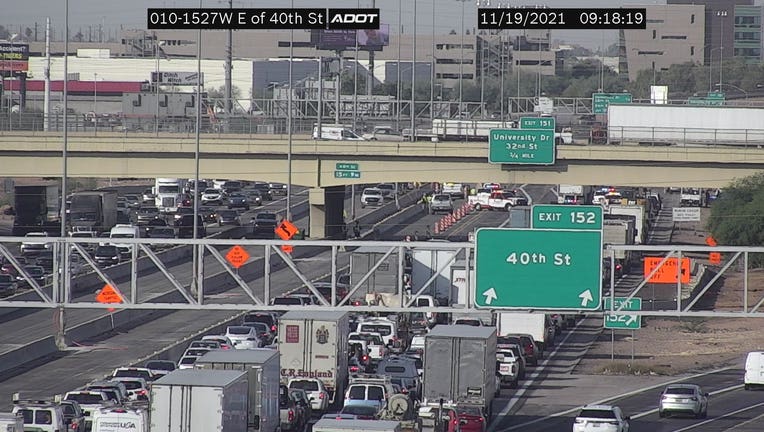 PHOENIX - A pedestrian has serious injuries after he was hit by a FedEx truck on Interstate 10 in Phoenix, the Arizona Department of Public Safety said on Nov. 19.

The crash happened just after 8 a.m. along westbound I-10 near 40th Street.

DPS spokesman Bart Graves clarified an earlier report that the victim was a construction worker.

"The pedestrian was NOT a construction worker. He was however wearing a reflective vest. Witnesses say he purposely ran across the freeway when he was struck by a Fed Ex truck. He was taken to the hospital with serious injuries," Graves said.