Police in Peru uploaded a video on social media showing officers dressed as Santa and an elf busting down the door of an alleged criminal with a hammer before arresting him.

LIMA, Peru - Dressed as Santa Claus and one of his little elf helpers, police officers in Peru went undercover for a holiday drug bust in Lima.

A video of the operation was uploaded to Facebook by the Policía Nacional del Perú which showed one off the officers in festive garb busting open a door of alleged criminals with a massive sledgehammer while his partner followed close behind.

The officer dressed as Santa, with the help of his partner who donned a green elf costume, tackled a man to the ground before putting him in handcuffs. 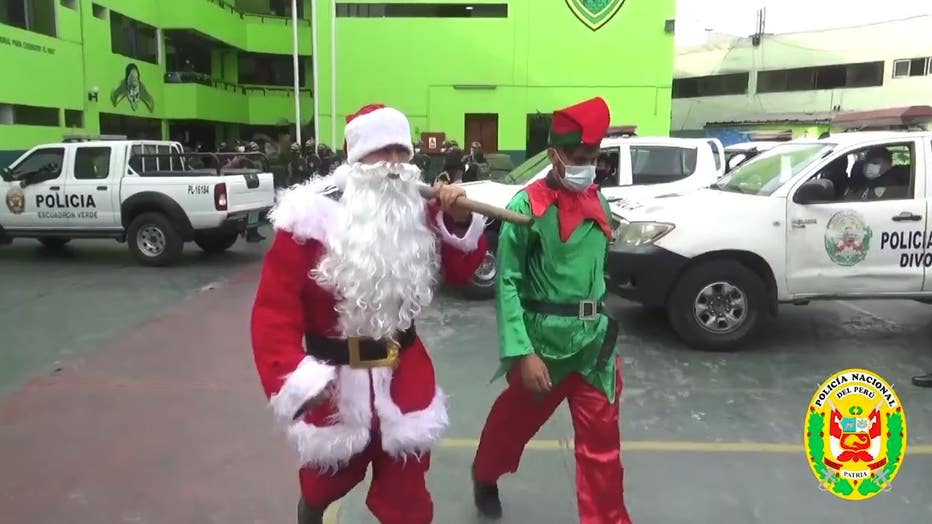 "Santa Claus intervenes at the address of a drug micro-marketer," wrote the Policía Nacional on the post.

In the video, police appeared to confiscate guns and other contraband.