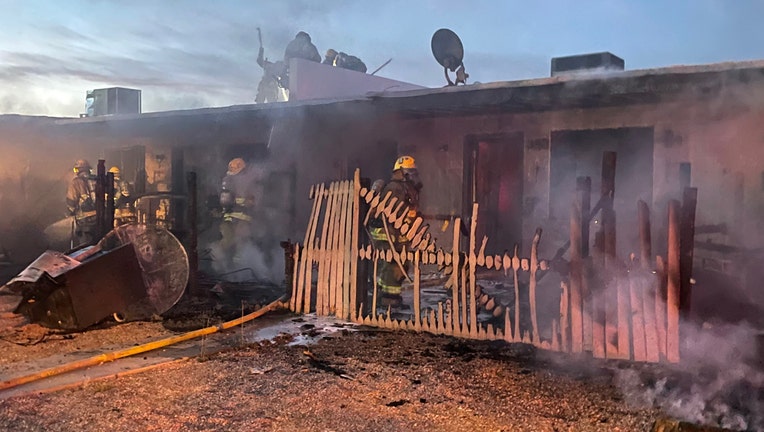 Officials say firefighters were called to the area at 5 a.m. and discovered an active fire that was quickly spreading to nearby apartments.

All of the occupants were able to escape while crews put out the flames, but one firefighter suffered burns on his hands and was taken to the hospital.