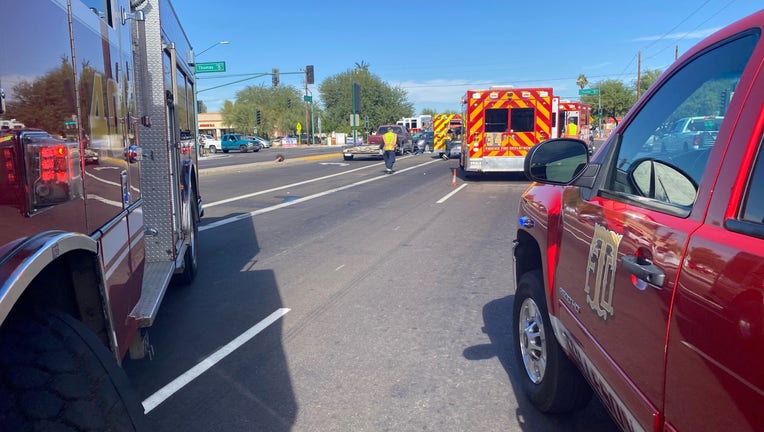 PHOENIX - Phoenix Fire Department crews responded to the scene of a crash at 83rd Avenue and Thomas Road during the morning of October 31.

No extrication was needed. After triage and treatment, six patients were transported to area hospitals.

PFD's David Ramirez stated all six patients were transported to the nearest and most appropriate hospitals; a total of four immediate patients - three elderly females, and one pediatric male; two delayed patients, both adult females.

The cause of the collision is currently under investigation by the Phoenix Police Department.

"Traffic is closed in all directions at that intersection," said Sgt. Tommy Thompson.