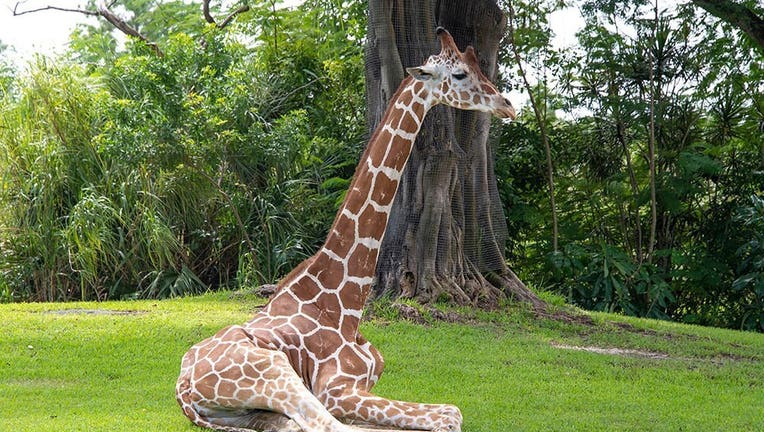 MIAMI - Zoo Miami officials are mourning the loss of one of their giraffes that had to be euthanized after suffering a foot fracture that wouldn't heal despite efforts by veterinarians.

Pongo, a 12-year-old male giraffe, had experienced increasing pain in his left rear hoof after sustaining a fracture.

Officials say Pongo was immobilized this past September in an effort to treat the fracture as well as other issues.

"Against difficult odds, the immobilization was successful and the team was able to fit Pongo with custom shoes that did seem to alleviate the pain.  Initially, this resulted in him walking normally which was a huge relief to the team.  However, several weeks after the procedure, the shoes detached and sometime following the loss of the shoes, he apparently re-injured that hoof and began to again favor it significantly," Zoo Miami wrote in a press release.

"The painful decision was made to euthanize him while he was still under anesthesia."

Pongo has lived at Zoo Miami since 2009. The staff says he is the tallest giraffe at the zoo and was a favorite among guests who fed him at the Samburu Giraffe Feeding Station.

"He will be terribly missed by all who had the pleasure of knowing him and the privilege of working with him."