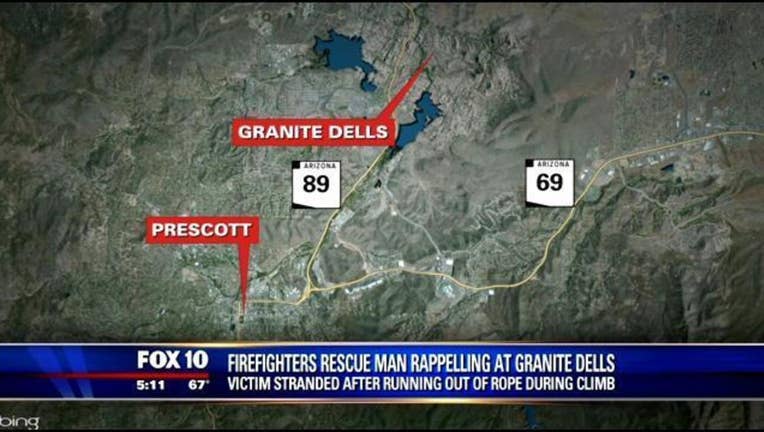 PRESCOTT, Ariz. (AP) - A man rappelling off boulder formations in the Prescott area was rescued by firefighters after he ran out of rope on his way down.

The Prescott Fire Department says the man, in his 30s, became stranded Saturday afternoon on a ledge about 30 feet above the ground in the Granite Dells.

Firefighters say the man did not have enough rope to complete his descent.

Firefighters say the man was uninjured and declined any medical treatment.

Firefighters say the incident is a reminder for climbers to make sure they have the necessary equipment and to not go rappelling alone.