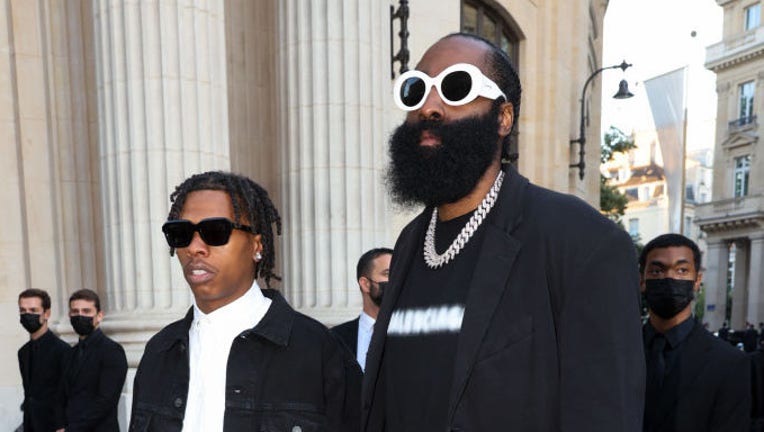 NEW YORK - American rapper Lil Baby was detained in Paris on Thursday for allegedly transporting drugs, according to the city prosecutor’s office.

The prosecutor’s office said one other person was also detained, without releasing the identity. Local reports indicate the rapper was arrested for marijuana possession.

In one video circulating online, Harden is heard telling an officer, "I don't understand."

Local media reported Lil Baby was seen handcuffed in the back of a van. The report indicated the men were pulled over and officers could smell marijuana. There were allegedly 20 grams of weed discovered. The rapper was later released.

Harden and Lil Baby, whose real name is Dominique Jones, have been in Paris to attend fashion week. Several photos to Harden's Twitter account show the pair with the caption "Made Men.'